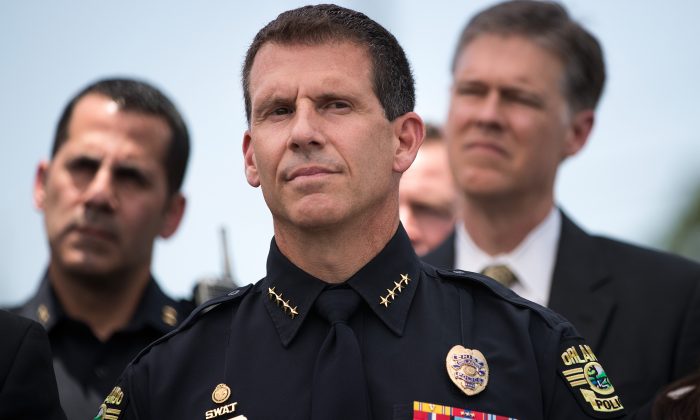 An Orlando police sergeant who was gunned down was remembered as someone who made every effort to bridge the gap between law enforcement and the community it served.

Mina said at Clayton’s funeral service that he is posthumously promoting Clayton to the rank of lieutenant.

Authorities say Clayton was gunned down outside a Wal-Mart store in Orlando last Monday after she approached 41-year-old Markeith Loyd.

Loyd was wanted for the murder of his pregnant ex-girlfriend, and authorities are offering a $100,000 reward for any information leading to his arrest.