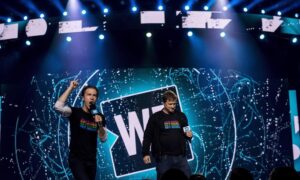 VANCOUVER—The former dance teacher of a Vancouver-born actress slain in an apparent murder-suicide says the U.S. television star once reassured her that her fiancee was a nice guy.

Rachael Poirier says she asked Stephanie Moseley about her engagement ring when the actress on VH1’s “Hit the Floor” drama series dropped by her old studio in Burnaby, B.C., three years ago.

Poirier recalled the actress asking her not to judge her then-fiancee, rapper Earl Hayes, by his lyrics, which were often violent and degrading to women.

Thirty-year-old Moseley and her 34-year-old husband were both found with gunshot wounds and pronounced dead early Monday at their luxury apartment complex in Los Angeles.

A statement from the L.A. Police Department says its initial investigation concludes Hayes shot Moseley and then killed himself.