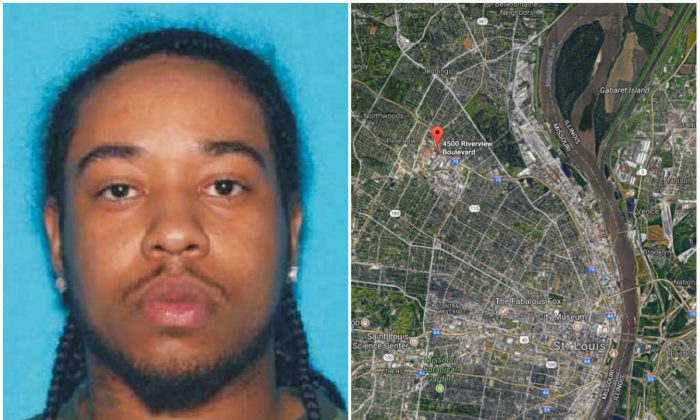 A human skull found in a vacated building in St. Louis belongs to a local man who disappeared a year ago under suspicious circumstances.

The man, Jerome Baker, 28, disappeared on May 15, 2016. He just got off the phone with his friend, ready for a day of fun with family and friends at Six Flags. Ten minutes later, when the friend arrived to pick him up, Baker was gone.

The skull was found on Oct. 27, 2016, by a utility worker in the rear of a vacant building in the 4500 block of Riverview Boulevard, an industrial area in north St. Louis about 2.6 miles from where Baker lived.

On June 15, the St. Louis Medical Examiner’s Office notified the police that the skull belonged to Baker. The police reclassified the case as a homicide, according to St. Louis Post-Dispatch.

The cause of death hasn’t been determined.

Baker left behind his wife and four children, who have suffered PTSD due to their father’s disappearance, according to a GoFundMe page set up by his sister in support of the family.

Khori Lamar, 29, the friend who was to pick Baker up, said the facts of the disappearance didn’t add up.

“We were talking even up to about 10 minutes or so before he went missing,” he said. “We got off the phone about 9:56 a.m., and it took me about ten minutes to drive to his house, but when I got there he wasn’t answering his phone or the door.”

Baker left his home without his valet, ID, or money, the GoFundMe page states.

“I don’t even know what to think,” Lamar said.

While tragic, the discovery of Baker’s remains brought his family some clarity.

“We are one step closer to having closure, at the same time we don’t know exactly what happened,” his sister, Na’Aigner Jones, wrote on the GoFundMe page on June 17. “Please pray for us as we are dealing with this horrible reality.”