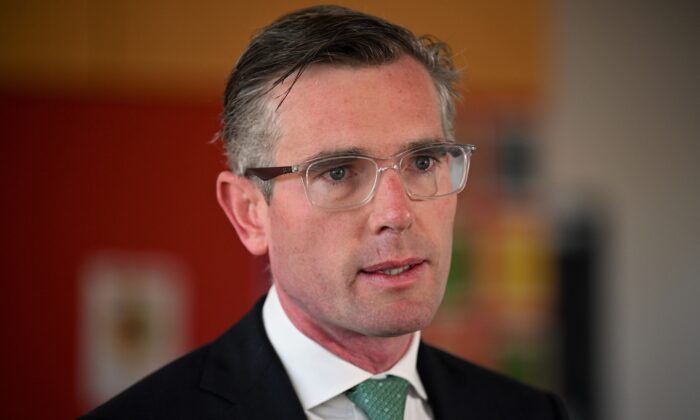 Skills Shortage, Not Unions’ Demands, Should Be ‘Priority’ of Job Summit: NSW Premier

The high level of union representation at the Labor’s job summit risks making the event “out of touch,” New South Wales Premier warned, as he criticised unions for adding to the economic challenges of Australian families.

While only 14 percent of Australian workers are trade union members, Labor’s Job and Skill Summit saw unions making up 25 percent of attendees (33 out of 142 sittings).

The summit held in Canberra on Thursday and Friday brings together unions, employers, civil society and governments with a stated aim to “address our shared economic challenges” and “boost productivity and incomes.”

But Premier Dominic Perrottet argued in an opinion article published in the Australian on Thursday that while unions’ proposals have “preoccupied” the summit in the lead-up to the event, skills shortage should be at the top of the summit’s agenda.

“It (the summit) is at risk of looking out of touch,” he wrote.

Perrottet also ramped up criticism of unions’ train strike campaign, their calls to cut the wage of non-union members, and to raise wages.

“The unions don’t seem to understand: it’s not your political adversaries that you’re hurting, it’s the families who can’t get to work and whose cost of living will only rise further and faster if they have to foot the bill for excessive public service pay rises,” he said.

“This failure by unions to see the pain they are causing smacks of hubris and bodes poorly for our nation’s delicately posed economy, where inflation is already high.”

‘Everything is Going Up’

The comment comes after Liberal leader Peter Dutton, who refused to participate in the summit, said he’s concerned that the decisions made in the summit will be “in the best interests of the union bosses, not the workers” and “will make a bad situation worse.”

“Everything is going up and up under this government,” he told reporters on Wednesday.

“I don’t want more pressure on families at the moment because there are plenty of families sitting around kitchen tables right now with increased costs of living; petrol’s about to go up by another 22 cents a litre under this government; there’s going to be obviously further increases in mortgage repayments or whatever it may be; the costs of running a family.”

Responding to the criticism, Treasurer Jim Chalmers said it’s a challenge for the government to balance the number of businesses and unions.

“There’s more representatives of employers and business than there are of unions,” Chalmers told reporters.

“Let me tell you, putting together an invitation list like this is not the easiest task that we’ve ever undertaken, and it’s a difficult balance to strike.

“And the heartening thing is that in a country like ours, there are hundreds, if not thousands of people with a legitimate claim to be there.”