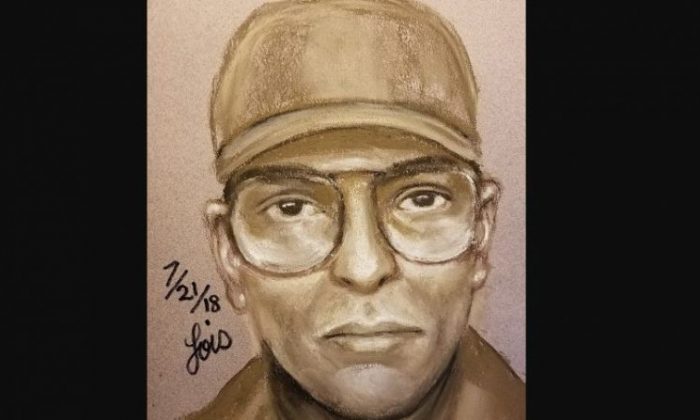 A sketch of the suspect in the murder of Dr. Mark Hausknecht. (Houston Police Department)
US News

Authorities have released a sketch of a suspect wanted for the fatal shooting of a former doctor who once treated President George H.W. Bush.

Dr. Mark Hausknecht, 65, was shot at least twice on the morning of July 20 by a man who was riding a bicycle, police officers said. Hausknecht, a renowned cardiologist, was also on a bike.

Witnesses told the police that the suspect was white or Hispanic, male, around 30 years old, clean shaven, about 5 foot 10 inches tall, with a slender build.

He was wearing a tan baseball cap, sunglasses, a gray jacket, and khaki shorts at the time of the murder, police said.

Houston Police said the shooting happened in front of a hotel at 6600 Main Street in Houston.

“This is a crime that doesn’t make sense,” Houston Police Chief Art Acevedo said July 21, reported the Houston Chronicle. “We don’t even have a motive yet.”

UPDATE#3: Road traveled: These still photos show Dr. Hausknecht (in green) & the suspect (in red). The Dr. is headed north at 6700 Main & crossing into the W Holcombe Blvd intersect. 2nd & 3rd photos are suspect behind the Dr. The shooting happened moments later, one block away. pic.twitter.com/d56PDIu4Ah

This 4th (and last) photo is moments after the shooting as the suspect heads west on Southgate Blvd toward Travis St. These are the only images available for release at this time. Media partners: No other information, but we will provide any & all updates here. #hounews pic.twitter.com/l13zovmcNT

Investigators said they’d tracked down some surveillance footage from the area that captured images before and after the shooting but that the public should help by submitting more.

“We’re still hopeful that the community in his neighborhood and on his path to work will all look through their home cameras and business video and review them to see if they see the doctor riding to work, and if they see anyone following him,” Acevedo said.

“The more eyes we have on video cameras, the greater the chances are that we will capture additional evidence.”

“Mark was a fantastic cardiologist and a good man,” Bush said in a statement. “I will always be grateful for his exceptional, compassionate care. His family is in our prayers.”

Anyone with information is asked to call the department’s Homicide Division at 713-308-3600. A reward of up to $5,000 is being offered for information that leads to the arrest of the suspect.