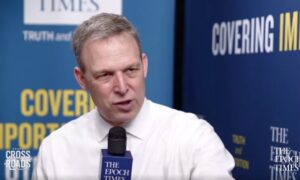 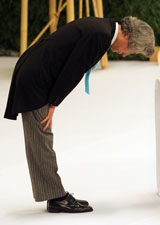 "We will never forget…" remarked an 80-year-old man after relating his past experience.

Memories of the Japanese occupations during the Second World War are still fresh on the minds of many, even sixty years after the war ended.

From 1942 to 1945, Japanese occupied the Philippines, Malaya, Singapore and many other south Asian countries. But the greatest war atrocity committed by the Japanese soldiers was at Nanjing in China, where over 300,000 Chinese soldiers and civilians including women and children were murdered.

In 1945, Japan unconditionally surrendered after two atom bombs were dropped in Hiroshima and Nagasaki, killing over 200,000 and wounding about 150,000.

People above 65 may still have vivid pictures of the war, but the under-60s would have little recollections, if any, of the war at all.

Why is it that the anti-Japanese feelings seem so strong even among the young Chinese, as seen from the recent riots and demonstrations?

"The Chinese Government helps foster anti-Japanese feelings by continuing to commission war period television dramas showing Japanese maiming and torturing peasant Chinese men, women and children. They are shown regularly on state-run television. School focus on Japanese war atrocities and anti-Japanese sentiment were even encouraged," The Age reported. "The common view in China is that war reparations were not enough."

Despite its reluctance to apologise openly for its war crimes, records shows that Japan has not dodged any responsibility for peaceful relations. Starting in 1955 and continuing until 1977, Japanese payments of reparations were carried out in good faith and in sincerity. Very often, the Government chose not to use the funds to compensate individuals, but instead to improve the general national economy or welfare.

Even after reparation repayments were completed, Japan continued to assist the world voluntarily with development aid. Between 1979 and 1998, Japan's aid to China was about 23.1 billion dollars, more than half of the total aid China received from foreign countries.

In 2003, development assistance alone given to China totalled up to 1 billion dollars. In the same year, Japan donated 13 million dollars to help China combat SARS. In addition, Beijing and Shanghai were supplied with protective clothing and medical equipment, worth a further $250,000.

For political purposes, the Chinese Communist Government has withheld information to its people that Japan is its largest donor.