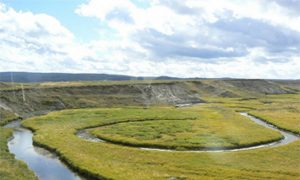 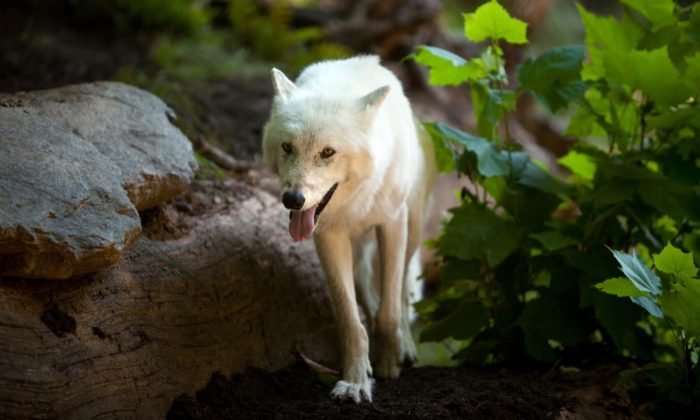 Crystal, a female gray wolf, roams the enclosure during a sneak peak of the new American Trail at the Smithsonian National Zoo in Washington, D.C. on Aug. 29, 2012. (Allison Shelley/Getty Images)
US News

6 Yellowstone Park Wolves Killed by Humans, According to Report

Six wolves died due to the actions of people in and around Yellowstone National Park, according to a National Park Service report covering 2017.

Five of the wolves were killed legally during hunting season in Montana, while one of the wolves was shot illegally within park boundaries and had to be euthanized by park staff, according to the Yellowstone Wolf Project Annual Report 2017.

It is illegal to hunt wolves within park boundaries, but wolves that travel outside of them are no longer subject to the protection Yellowstone offers them. The legally hunted wolves normally stay within the park but had ventured beyond its boundaries.

On Nov. 24, a wolf known as 926F was legally killed when outside the park boundaries, in Cooke County, Montana, The Spokesman-Review reported. The wolf was popular with animal watchers and photographers and was previously the alpha female of its pack, before ceding the position to its female cub.

Wolves were reintroduced into the park in the 90s to bring balance the ecosystem after a decades-long absence.

Since the wolf reintroduction to Yellowstone, the wolf population has expanded and spread to neighboring states. There are almost 2,000 wolves in Montana, Wyoming, and Idaho, CBS reported.

The spread of the wolves led states to establish wolf hunting seasons. But Doug Smith, who runs Yellowstone’s wolf research program, said wolves are unaware of the danger they could encounter.

“They don’t know where the park line is,” Smith told CBS. “We have ten wolf packs that live in Yellowstone. And most of those wolves spend the majority of their time in the park, well over 95 percent. Some of them, even 99 percent of their time is in the park. So they don’t react to humans the way a wolf would that lives amidst humans.”

There were 97 wolves in 11 packs living in Yellowstone at the time of the 2017 annual report. The reintroduction of wolves is credited with improving the ecosystem of the park overall, USA Today reported.

Because the wolves keep the elk population down, more willow and aspen trees can thrive, due to fewer elk grazing. The flourishing of the trees improved conditions for songbirds and beavers, thereby increasing their populations.

Wolves disappeared from the park in the 1920s due to efforts at predator population control. However, the apex predator of the park was eliminated, and elk populations grew out of control.

Some think that adding wolves back to America’s first national park will not totally correct the problems that their decades-long absence has caused.

“You put the predator back, that’s great, but conditions have changed so much in the intervening decades that putting the predator back is not enough to restore the ecosystem,” Tom Hobbs, a Colorado State University ecology professor, told USA Today. “There’s not a quick fix for mistakes like exterminating apex predators.”

The reintroduction of wolves into Yellowstone has stimulated discussion among academics about other apex predators such as lions, tigers, and sharks in places like India and Africa, and how to avoid a situation like Yellowstone, according to USA Today.

“Maintaining intact ecosystems may be easier than fixing them after you’ve lost some of the parts,” said Hobbs.