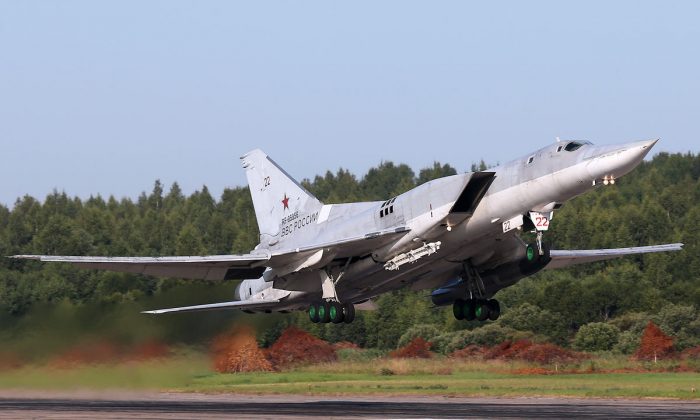 The TU-22m3 bombers took off from an airfield in Russia and flew over territories in Iran and Iraq to carry out the bombing run, state-backed RT reported.

The bombers, according to the ministry, hit “all the designated targets” and went back to Russia.

Abu Kamal, a city in the Deir ez-Zor governorate, located near Iraq, is considered to be the last major stronghold of the ISIS terrorist group.

It comes after Russia’s Defense Ministry used social media to claim U.S. help for ISIS by using a screenshot from a video game, AC-130 Gunship Simulator.

“The US are actually covering the ISIS combat units to recover their combat capabilities, redeploy, and use them to promote the American interests in the Middle East,” said the ministry along with the photos.

The ministry admitted that it was wrong and blamed it on a civilian employee.

We have a small favor to ask of you. More people are reading NTD than ever, but ad revenues are plummeting across the industry. If you can, please share this article on Facebook and help NTD. It takes less than a minute. Thank you very much!