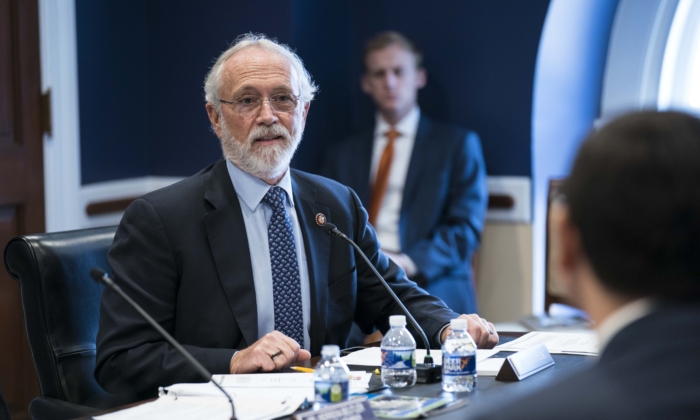 When Rep. Dan Newhouse (R-Wash.) voted to impeach former Pres. Donald Trump over the Jan. 6, 2021, rally at the U.S. Capitol, he sparked the political interest of six local Republicans who are now vying to replace him in representing the 4th Congressional District in the state of Washington.

“His vote for impeachment is what’s driving the energy of the folks on the conservative side,” said Caleb Heimlich, chairman of the Washington State Republican Party.

The race has endured mudslinging between candidates and even a restraining order.

The contention, however, could ultimately benefit Newhouse, according to Matt Brown, chair of the Washington Republican Liberty Caucus.

“The more bad press all the other candidates receive, it absolutely helps catapult Newhouse right back into the seat,” he said.

“The biggest differences in what I’ve seen of the candidates at public events and in their speeches is personal style and differences in approach rather than a significant difference in political philosophy,” Heimlich told The Epoch Times.

“We have such great potential here between our agriculture, increasing our manufacturing, our science, and technology,” White said. “There is probably no place else in the nation that has so much capability as central Washington does, and I plan on moving that forward to the benefit of everybody.”

“People in the fourth are very passionate,” Brown told The Epoch Times. “They’re very Republican, and they want someone who’s going to represent them, not go back on what they stand for.”

“What I stand for, which is God, family, country, the U.S. Constitution, the Bill of Rights, smaller and limited government is very popular with the people, not just here in the fourth district, but all over the state,” said Culp, who lost his 2020 gubernatorial bid to Jay Inslee. “My name recognition is about 99 percent. Everybody knows me here in the state.”

“I didn’t chase anybody’s endorsement, so Trump’s phone call was a complete surprise,” Culp told The Epoch Times. “He read the endorsement letter to me and said he’s behind me one hundred percent. Of course, all the other candidates attack me because they have to get through me first. We’re dealing with that.”

The district is 40.7 percent Hispanic, according to the U.S. Census Bureau. Garcia is the only Latino candidate.

“We’ve never had a minority in this district as a member of Congress,” he said. “When I’ve talked to a lot of Latinos, they haven’t had something in common with a candidate that understands them in this rural agriculture area. So, I bring a very different focus and a very different change.”

“I saw Jerrod Sessler’s 16-year-old son about to get involved to help his dad,” Garcia said. “As a father and a grandfather, I would not want my son or grandson to be involved in something that was between two adults. I moved his son out of the way because he was getting in the middle and I did not want him to get hit.”

The incident resulted in a temporary restraining order against Gergen after Sessler filed a police report, which has allegedly limited the reach of Culp’s campaign efforts.

“We can’t do any events with my campaign manager when there are other candidates,” Culp said.
Flush with cash, Sessler is a retired NASCAR race car driver, Navy veteran, and CEO of Hometask.com.

“It’s really frustrating because the incident has nothing to do with the race, and they are making it out to be like I’m using that as a tool,” Sessler told The Epoch Times. “I don’t really care. Frankly, he can do whatever he wants to do. I just think we have rule of law and we ought to follow it.”

“I have put $600,000 of my own money into the campaign,” he said. “We had a huge push this last month on digital and obviously direct mail, which is a huge advantage to us because I don’t think any other candidates are going to be able to afford to do it except for the incumbent.”

“My experience has been extremely positive,” White told The Epoch Times. “I’m getting support from Democrats, Republicans, and Independents. I’ve done conservative radio.”

The poll shows Sessler in second place, followed by Newhouse.

“It’s a very deep red congressional district so it surprises me that Doug White would be leading,” said Bill Allan, who previously worked on Culp’s gubernatorial campaign and is now at Contract With Washington, a conservative grassroots fundraising organization.

Klippert, who has managed to stay above the political fray, is unique in that he is the only candidate currently holding an elected office and the only candidate showing support from any of the eight local GOP organizations. The Franklin County and the Benton County Republican Party endorsed Klippert, who represents the 8th legislative district in the Washington state House of Representatives.

“I’ve been in the legislature for the last 14 years, seven terms,” he said. “People who actually follow what goes on in the state know that I have worked very hard as a state legislator and that I have a very conservative voting record.”

“When it comes to communicating with our constituents, I do very well,” said Gibson, who, at 27 years old, launched a cause marketing firm in Hollywood. “I’ve received more individual donations than any other candidate, but I have a huge uphill battle in that I’m a first-time candidate who doesn’t have massive name recognition.”

Although he is a newcomer, Gibson, who is now 44 years old, co-founded the America First PACT, a national coalition of 23 conservative candidates, including Blake Masters of Arizona, Semi Byrd of Washington, and Brandon Wilkinson of Missouri.

“It’s really proving to be a positive and powerful tool for my race as well as other candidates across the country,” Gibson told The Epoch Times.

“A lot of people are showing their confidence in my campaign through their donations,” White said. “In fact, that is the probably one of the easiest ways that people can actually show confidence in a campaign is to donate.”

“Fundraising has been difficult because you have so many people in the race,” Garcia said. “But in this race, money is not going to make the difference on who wins. We’re going to win this because people are going to know that I am the grassroots candidate who was born here in Sunnyside, Washington. I didn’t just move in a year ago.”