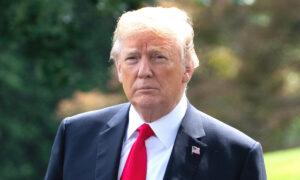 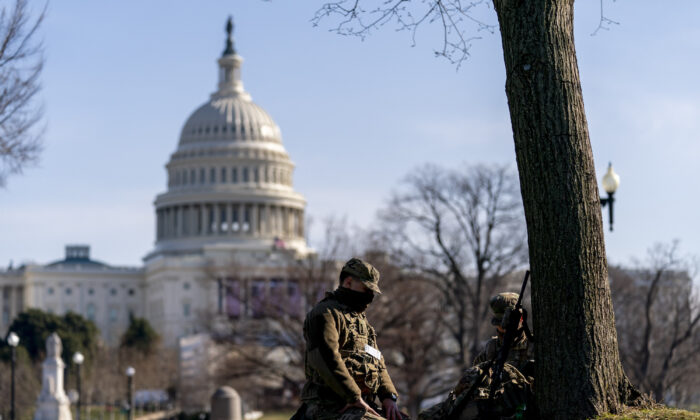 Members of the National Guard work outside the U.S Capitol building on Capitol Hill in Washington on Jan. 20, 2021. (/Andrew Harnik/AP Photo)
Impeachment Trial

Six Republicans voted to go ahead with the impeachment trial of former President Donald Trump, joining all members of the Democrats caucus in saying it is constitutional.

The final vote was 56-44 on Tuesday, with the trial starting on Wednesday at around 1 p.m.

Those six Republicans are sure to face blowback from their constituents as Trump remains an enormously popular figure among conservatives. And for Sasse, who is said to have presidential aspirations, it will likely haunt him should he cast his hat into the 2024 contest.

Sasse is facing growing pressure from within Nebraska’s Republican Party. A local Republican Party in Sarpy County, Nebraska’s most populous Republican-majority county, voted on Thursday to join Republicans in two other counties in their effort to condemn Sasse earlier this month, according to the Omaha World-Herald.

Meanwhile, the relative lack of GOP support suggests that the impeachment trial is doomed to fail. The upper chamber requires 67 votes to convict a president, meaning that at least 17 Republicans would have to split with their party to join Democrats.

Challenges against the six senators could even come from Trump’s family. Donald Trump Jr., another popular figure among conservatives, said he would go to Wyoming to campaign against Rep. Liz Cheney (R-Wyo.), who voted along with Democrats to impeach Trump last month.

Rep. Matt Gaetz (R-Fla.) has already traveled to Wyoming to rally against Cheney.

“The truth is that the establishment in both political parties have teamed up to screw our fellow Americans for generations,” Gaetz said at an event in Cheyenne last month. “Now in Washington, D.C., the private insider club of Joe Biden, Mitch McConnell, Mitt Romney, Nancy Pelosi, and Liz Cheney, they want to return our government to its default setting—enriching them, making them more powerful at our expense. But we can stop ’em and it starts right here in Wyoming.”

Trump lawyer Bruce Castor said that if “Trump committed a criminal offense … after he’s out of office, you go and arrest him.” Castor asserted that it is unconstitutional to impeach a former president.