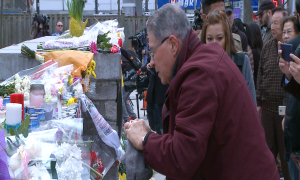 Toronto Van Attack: Coming to Terms with a Tragedy
0 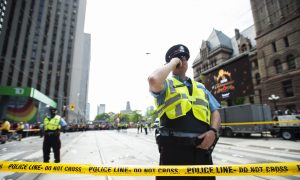 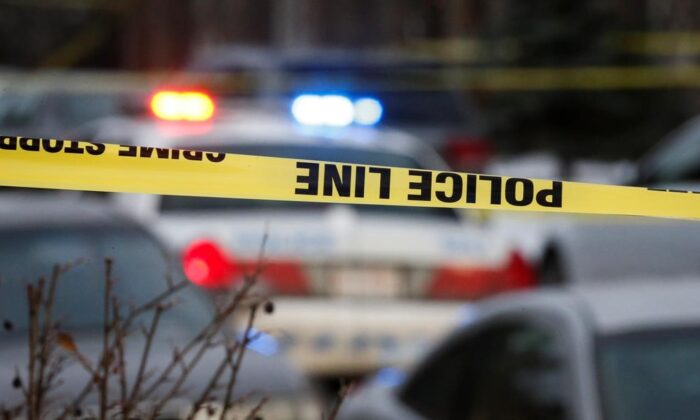 Six people were injured in a drive-by shooting at a Toronto bakery in the early morning of Sept. 2. (Jeff McIntosh/The Canadian Press)
Canada

Innocent Bystanders Among Those Injured in Shooting Outside Toronto Bakery, Police Say

TORONTO—Some of the six people injured in a brazen shooting outside a Toronto bakery were innocent bystanders seeking shelter from a heavy rainfall, city police said Wednesday as they appealed for witnesses to the crime.

Toronto Police Supt. Shaun Narine said that while preliminary evidence suggests the early-morning attack may have had a target in mind, the bulk of those caught up in the shooting were nothing more than victims of circumstance.

Narine said that held true both for most of the five men and one woman injured in the incident, as well as the 24-hour bakery where the violence erupted.

“You’ve got six people huddling together out of the rain, the vehicle drives by, opens up on the crowd that’s standing there obviously searching for … their intended targets,” Narine said at a news conference.

Police first learned of the shooting at around 2 a.m. Thursday when they received reports of gunshots outside Spence’s Bakery, a mainstay of the midtown community often dubbed “Little Jamaica.”

Narine said early evidence suggests a black SUV with multiple occupants inside was driving eastbound along Eglinton Avenue, a major street spanning the width of the city, before making a u-turn and circling back to the bakery.

Narine alleges an unknown number of shooters then opened fire, striking the six victims. He said the injured ranged between 30 and 69, but offered no other details.

Narine said all six people were immediately taken to hospital, but said none were seriously wounded and are all expected to be released by day’s end.

He said police have not yet determined who may have been the target of the shooting, but said innocent bystanders were undoubtedly caught up in the melee.

He also said the business itself was the victim of an incident he described as opportunistic.

“It’s a great location,” he said. “They’re a regular bakery. .. That’s not a gang-related location.”

Narine decried the violence, which he characterized as both bold and unsettling.

“We are seeing the brazen disregard for public safety, the safety of the citizens of Toronto,” he said.

Narine said police have not made any arrests in the case and have yet to determined how many suspects may have been involved.

Anyone who may have information on the shooting is being asked to come forward.