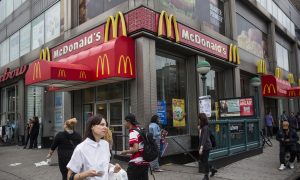 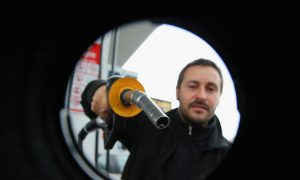 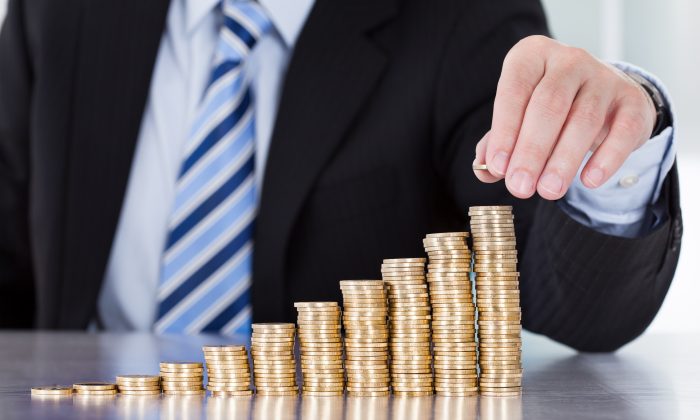 Six Myths About Money and Inflation

This Keynesian myth postulates that increasing aggregate demand through increasing the money supply will lead to more spending, higher employment, increased production, and a higher overall standard of living.

The reality is that an increase in money (when injected into credit markets via bank lending of newly-created reserves) leads to malinvestment. The time structure of production is thrown into disequilibrium by encouraging investment in projects more remotely removed in time from final consumption. There are insufficient resources in the economy for the profitable completion of all projects, since individual time preference is unchanged, meaning that there is no increase in savings. When prices rise, due to this unchanged time preference, these projects will be liquidated, revealing the loss of capital. Production will be lower than otherwise. Unemployment will increase while workers adjust to economic reality.

This is a corollary of Myth 1 but deserves its own discussion. In the Keynesian view, lower interest rates always are beneficial; therefore, it is the proper role of the monetary authorities to drive down the interest rate via open market operations.

The reality is that interest rates are a product of the market, reflecting the interplay of the demand for loanable funds and the availability of loanable funds. Historically high or low interest rates can have multiple causes, none of which are prima facie good or bad. For example, rates can be high because entrepreneurs have highly profitable opportunities due to reduced regulation or a breakthrough in technology. If time preference is unchanged and, therefore, savings is unchanged, the interest rate rises and allocates the scarce savings to the most highly desired ends. Or, interest rates can be low due to a change in time preference that leads to increased savings. If entrepreneurial opportunities are unchanged, interest rates will fall. Likewise, demand for loans can be high while savings is high or vice versa. Manipulating the interest rate truly is an act of fantasy by the monetary authorities, who believe that they can know the impact of billions of ever-changing decisions affecting the supply of money and demand for money.

Myth 3: Lowering the foreign exchange rate of the currency, to give more local currency in exchange for foreign currency, will lead to an export-driven economic recovery.

The reality is that no country can force another to subsidize its economy by manipulating its exchange rate. Giving more local currency subsidizes foreign buyers in the near term, but it creates higher prices in the domestic economy later. Early receivers of the new money — exporters, their employees, their suppliers, etc. — benefit by a transfer of wealth from later receivers of the new money. But as the price level rises from the increase in the domestic money supply, the benefit to foreign buyers evaporates. Then the exporters demand that the monetary authorities conduct another round of exchange rate interventions. The big winners are foreign buyers. Intermediate winners are exporters, but their advantage ends eventually. The losers are non-exporters, especially people on fixed incomes.

Myth 4: Money expansion will not cause higher prices.

Currently the US government is engaged in a campaign to convince us that it can both monetize the government’s debt and engage in quantitative easing without causing a rising price level.

The reality is that there is no escaping the fundamentals of economic law in the monetary sphere. Ludwig von Mises and many excellent Austrian economists since, such as Murray N. Rothbard, have explained that the relationship between an increase in money and an increase in the price level is not a mechanical one. Nevertheless, as Mises explained, there is a positive relationship between the money supply and the price level. In other words, more money eventually leads to higher prices and vice versa. What causes all the confusion is that the price level actually can fall even when the money supply expands, if all of the new money plus some of the existing money stock are hoarded. Mises calls this the first stage of the three stages of inflation. The public expects prices to remain the same or even fall, so they do not increase their spending even when the money supply expands. Eventually, though, the public comes to understand that the money supply will keep increasing and that prices will not return to some previous level. At this point the public will begin to increase spending to buy at lower prices today rather than higher prices tomorrow. The price level will rise even if the money supply shrinks, because the public spends previously hoarded money faster. This is Mises’s phase two of inflation. In the final stage money loses its value, as the public spends it as fast as possible. This is Mises’s stage three, the “crackup boom.”

In the meantime, however, inflation is muted by several factors.

The politicians and their regulatory agencies believe that prior monetary crises were caused by a combination of stupidity, greed, and criminality by bankers and sellers of investments.

The reality is that no army of regulators armed with the most modern analytical tools and the most powerful means of regulatory enforcement can prevent malinvestment from money supply expansion. The monetary expansion encourages longer-term projects for which the cost of money is a major factor in forecasting success. But without an increase in real savings, insufficient resources will ensure that many of these projects will never earn a profit and must be liquidated. Bank and investor losses are inescapable.

This is a corollary of Myth 4. If our monetary masters believe that money expansion will not cause higher prices, then they believe that they can prevent hyperinflation; i.e., the destruction of the monetary unit as a universal medium of exchange.

The reality is that hyperinflation is caused by a loss of confidence in the money unit, which the monetary authorities may be incapable of preventing. Once the panic starts, the demand by the public to hold money falls to zero or near-zero. Prices skyrocket. Even if the monetary authorities got religion at this point and froze the money supply, the panic will run its course. No one will want to be the last holding worthless paper. More likely, though, the monetary authorities will aid and abet the panic, even if unwittingly, due to political pressure to increase payments to powerful domestic constituencies, such as retirees, the military, the public safety sector, government contractors, etc. Nonetheless, the exact nature of a hyperinflation remains to be seen. Whether it takes the form of a full-blown hyperinflation of, say 1920s Germany, or a much more mild form such as that found in several South American countries during the 1970s and 1980s, is impossible to predict.

Patrick Barron is a private consultant in the banking industry. He teaches in the Graduate School of Banking at the University of Wisconsin, Madison, and teaches Austrian economics at the University of Iowa, in Iowa City, where he lives with his wife. His blog is PatrickBarron.blogspot.com. Republished from Ludwig von Mises Institute under Creative Commons License 3.0.