Throughout history, there have been many different notions of freedom 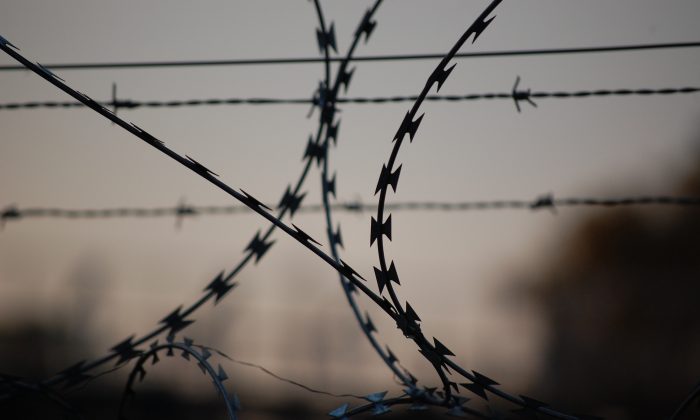 What is freedom? A prisoner may have his or her liberty taken away, but they still have many freedoms. (Vero_Vig_050/Pixabay.com)

I have a reflex affection for the word “freedom.” But what does it mean?

Most people answer: “It means doing what you want.” This common response speaks for an age—our own—that equates freedom with personal satisfaction. But throughout history, there have been many different notions of freedom.

It seems a multi-faceted, if not entirely muddled concept. So I have attempted a working classification of the different kinds of freedom. To my mind, there are at least six. But first, a loose distinction between freedom and liberty seems necessary, as these two words are often used interchangeably.

I think “liberty” should be used mostly to refer to freedom in its physical context. A man in jail, for example, has almost zero liberty, and if he escapes, we say he is “at liberty.” But even when in jail, with no liberty, he has a lot of freedom in the sense that he can still choose among myriad options, attitudes, and values. He can sleep, count the miles while pacing the floor, or write poetry, lie to the warden to protect a fellow criminal, or tell the truth.

The most basic kind of freedom is internal to everyone, and can’t be avoided even if we try, for we must then freely choose among attempts to avoid. Internal freedom is of the greatest personal intimacy and secretiveness. It’s the hidden core of our being, is unknowable by others, distinguishes us from the animal kingdom, and from each other, and is the basis on which we are able to become moral—or amoral, or immoral—beings.

That is why some people call this moral freedom. But this kind of freedom is not, in itself, moral. It is the unique capacity we all have to become moral or immoral, according to how we use our internal freedom. Once, when teaching a class, a student said, “That’s too secretive. I wish we all had, like a mini-TV screen on our foreheads, then we would all be more honest with each other.”

“I don’t think so,” I replied. “I think we’d all be walking around with one hand over our foreheads.”

It is a bit odd to say we should be free from our own selves. But, in fact, most of the world’s freedom talk, at least as found in the great religions and philosophical movements, has had to do with this kind of freedom—in the sense of learning how to escape the seductions of our own passions and the pitfalls of ignorance. We can’t be free if our emotions dictate what we will do.

But in our neo-romantic age, this idea has been turned upside down, and the expression of the authentic feelings of one’s “true self” elevated to the superior position. Today, we even hear people pass off plain rudeness or off-color language as “authenticity.” And we hear others declare, as if on a spiritual quest: “I am trying to find my true self” (although no one ever seems to ask how we would know whether the self-seeking or the self-sought, is the true self). They seek freedom from restraint. This inversion of the traditional relation of mind to feeling has produced what our forebears would have called a disorder of the soul.

External freedom refers to the normal and natural freedom of external action expected in daily life by most people throughout history (though seldom fully realized). It is sometimes described as freedom from, because it implies immunity from undue interference by others or by the state. It’s also sometimes called “negative freedom,” meaning the absence of constraints on living one’s own life, and the right to do anything not forbidden by law (in contrast to totalitarian systems that mostly allow only what is permitted by law).

Many in the Western tradition consider this (in combination with political freedom, explained next), to be the most important concept of freedom, and liberal constitutionalism (now under attack in many places) has been its political expression in the West. We can think of this freedom as the “original position” of most human beings, prior to any consideration of the laws commanding or prohibiting their behavior.

Political freedom has to do with establishing certain predictable and expressed rights of action to do this or that (whether we invoke them or not), along with specific limits to government power so that we can take charge of our own lives. The most common political freedoms, at least in the free world, are the right to speak freely, to associate with people of your choice, to own property, to worship, to leave and re-enter your country, to be tried by a jury of your peers, to vote in elections (if you live in a democracy), among others.

When we have sufficient freedom to do these things (though to speak truthfully, we are only free to do them if no one stops us), we think of them as the rights of a free society (which may or may not be a democratic one). For example, ancient Athens had most of these things, but wasn’t democratic in our modern sense of the word, because at least a third of the citizens of Athens were slaves, and women had no vote. England had all these rights almost two centuries before she became fully democratic.

Collective, or “Higher” Freedom (“Freedom For”)

Some commentators take the view that external freedom and political freedom are just formal concepts that mean very little to the poor and disadvantaged. Or that they are just a recipe for a chaotic liberal society, an uncivil nightmare of clashing wills and disconnected citizens. What is really needed, they argue, is a “higher freedom” based on a collective will to achieve a higher common good. This could be called “freedom for,” because it is based on an ideology of collective unity that prescribes distinct social and moral values and objectives for all.

Under this ideal of freedom, the state is expected to control the production and supply of most basic citizen needs, thus giving them freedom-from-want. All totalitarian states openly, and all modern welfare states more covertly and messily, rest on this ideal of collective freedom and believe the classical-liberal idea of protecting individuals from their own government isn’t logical if the government is the embodiment of their will in the first place.

In its purest form, this type of freedom comes from striving for a complete identification with God (or God’s will, or perhaps with all creation) to arrive at a condition of soul that transcends the confusion and disharmony of the self, the body, and the entire material and political world. There are many types here, but at the extreme some seekers after this kind of spiritual freedom take starkly opposing routes.

They may engage in a kind of libertinism of the flesh, on the grounds that the body is of no importance whatsoever and so may be used, abused, and enjoyed until it is spent (ancient Gnostics and perpetually stoned hippie mystics come to mind). Or, they take the ascetic route and deny the flesh altogether, as do many religious leaders on the grounds that worldly needs and longings prevent the achievement of complete spiritual freedom.

This is an incomplete classification. But the next time someone asks a question about freedom, it may help to ask in return: “What kind of freedom do you mean?”

William Gairdner
contributor
William Gairdner is a best-selling author living near Toronto. His latest book is "Beyond the Rhetoric" (2021). His website is WilliamGairdner.ca, and on youtube.com/@William-Gairdner
Website