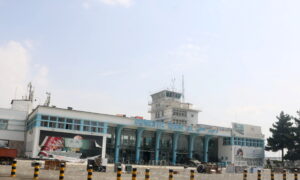 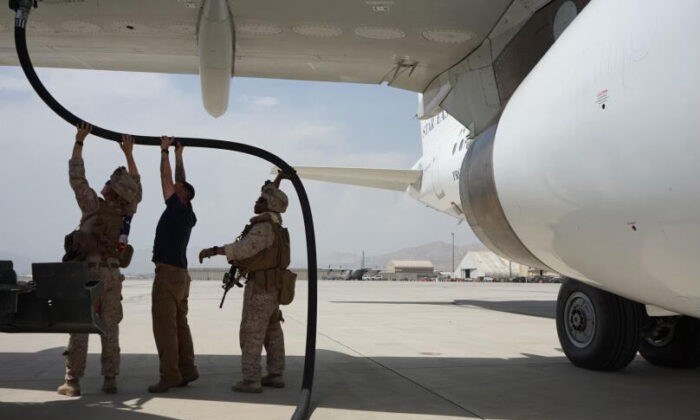 As news reports spread the word that the United States has officially ended its military presence in Afghanistan, one member of a group of former special operations warriors reminds the world of the terror faced by those the federal government has left behind.

On Monday, Quinn provided his on-the-ground assessment of the situation in Afghanistan as of Sunday.

“The whole Khorasan initiative is very disturbing for Afghan self-determination,” Quinn told WION regarding the U.S. military air strike in Kabul on Sunday. “No matter who is trying to lead the country, no matter who is trying to form a sovereign state, the ISIS-K, Khorasan initiative, is no good for anyone in the area. It’s not good for Iran. It’s not good for Afghanistan. It’s not good for Pakistan or India. If anything, it will eliminate any opportunity, any hopes and dreams for a tripartite free trade zone between Pakistan, India, and Afghanistan one day. And this is crucial for interstate cooperation and for the future.”

On July 30, Quinn said Gen. Ziarmal of the Afghan Special Mission Wing contacted Ark Salus through his trusted leads Colonel Belal Kohistani and Colonel Zakaria Oria. He was pleading for help “in any capacity” for Quinn to “try to get the willing family members of Special Mission Wing and the family of General Command of Police Special Units, out of Afghanistan and to safety.”

Quinn told The Epoch Times it only took three days to scramble together the names of 1,165 people, men, women, and children. They called it their “Schindler’s List.”

Predicting in his own mind that Kabul would “fall by 1, October,” Quinn said that even he was surprised by the speed with which the Taliban took control.

“But, unlike anyone else out there,” Quinn noted, “we weren’t ‘reactive.’ We were ‘proactive.’ We began our mission plan to get our operation ready well before the Taliban took Kabul. We were positioned in a relationship of advantage. We had direct lines of communication established with our former Afghan colleagues. We had our 501(c)(3) filed and we had our entire operation brokered by and through the Afghan leadership. So, when chaos consumed the capital, we were ready.”

“My fellow Afghans, their wives and children are in hiding every day,” Quinn said ahead of the Aug. 31 “self-imposed deadline” withdrawal date, describing how some women associated with the friendly Afghan forces—wives, sisters, and other family members—haven’t left their homes in over two weeks.

According to Quinn, they are moving from “house-to-house and place-to-place” to evade the “highly organized door-to-door manhunt” being executed by the Taliban “for people on their wanted list.”

Ark Salus is a group of private Americans and former U.S. Special Operations advisers working to rescue people from Afghanistan.

The Ark Salus website describes the group as being “driven by a moral obligation to assist and protect the Afghans who assisted and protected us. With our experience and logistical capabilities, Ark Salus is positioned to fulfill our duty and mission to safeguard Afghans, their families and rescue them from Kabul. We will bring them to safety just as they brought safety to U.S. service members for two decades.”

As a member of the United States Army, Quinn served 14 years of active duty in five combat deployments in Afghanistan. The majority of those missions were spent working with the Afghans in the Special Mission Wing, as well as in the general command of police special units. According to his profile on the Arc Salus website, Quinn is “a former UH-60 Blackhawk, C-12 Beechcraft King Air, and Mi-17 Russian Helicopter Pilot as well as assessed and trained as a former strategic human intelligence collector in what is known, unclassified, as the Great Skill Program.”

“These are elite national mission units,” Quinn explained. “They call them “The Triples; Triple Seven, Triple Two, Triple Three, and Triple Four. These are units that are not part of the Afghan National Army. They are special forces units that have been carefully cultivated since 2003 by the British SAS (Special Air Service), the British Special Boat Service, Australian Second Commando Regimen, United States Special Forces, and United States Special Operations Aviation.

“They’re unique in that they are intermarried within the units to transcend tribal and ethnic lines of divisions and to foster loyalty to each other, the commander, and to the central government of Afghanistan.

“I got to know these men on a deeply, personal level beyond the business of conducting war,” Quinn shared. “I got to know their families, we broke bread together and we saved each other’s lives in battle many times.”

“’Shohna ba Shohna,’ we say, which is ‘shoulder to shoulder,’ we’ve stood. So, when we saw the devolution of Afghanistan coming with the Taliban movement and ISIS-K, we were very concerned, myself and a couple of other former special operations friends. So I would say as early as June, I said we’ve got to do something about this and we need to be able to help our men focus on the fight. Maybe we can get their families out so they can focus on the mission.”

“Acting as a humanitarian operation as private American citizens,” the website describes of its operation—dubbed “On Wings of Eagles”—as “focused on immediate rescue action plans and working with international organizations to place, care, and safeguard our Afghan families, especially key Afghan players within the Afghan Government, Elite Commando Units, and select Intelligence support cells.”

“One of my Afghan commandos remained behind even though he let his family go on one of our escape routes through Pakistan,” Quinn said on Monday. “He has just been discovered by the Taliban today. We were just notified that he had to ditch his phone … He’ll come back on the surface later.”

“So, their time is running out,” Quinn shared. “They know there is going to be a mass hunt, a mass execution as soon as the Americans are off the airfield tomorrow.”

“So you now have a mixture of Taliban, Turkish and United States Forces controlling the Kabul Airfield,” Quinn explained. “You can’t make this up. This is like an unheard of, historical event.”

“The crux of it all,” Quinn added “is these Afghans, who have given everything to America in high risk, extreme operations for years since 2003, are now being left to fend for themselves.”

Asked what he sees happening the day after the Aug. 31 deadline, Quinn did not hesitate to speak of the Afghan commandos who have already been risking their lives and those of their families to help the Americans.

“The Taliban already have the original addresses for the ones most sought after on their list,” Quinn said pointedly. “They will go drag them out of their house and kill them in the street.”

“But this is something I have discussed with my Afghans,” Quinn said, “and that’s why they keep changing homes. It’s important that Operation Northern Lights kicks off as soon as possible. But I have to finish funding it.”

Asked who he blames for the humanitarian crisis that has the whole world sitting on the edge of their collective seats, Quinn demurred.

“With our mission, I stay out of politics,” he prefaced, “our mission is a humanitarian mission. It’s not partisan. But as a private American citizen? This is a bipartisan problem.”

Asked if there was any hope for those still waiting for a way out, Quinn expressed certainly.

“Yes there is,” he assured.

“Ark Salus,” he specified. “We’re doing it ourselves. We’re getting the people out.”

In fact, Quinn said he “just got a final tally” from his “chief of operations.”

“By [Tuesday],” Quinn assured, “we will have almost 1,000 Afghan family members out to safety.”

Asked if there was a message he would like to pass on to anyone in the world, Quinn did not hesitate.

“Dear Mr. President,” he began. “We have a moral obligation to our people. We can still achieve the long game, which is vital to U.S. national interest and Afghan self-determination. But it doesn’t have to be at the expense of these men and women who have given all.”

Asked if there was a message he would like to send to those still hiding in fear and awaiting word of safe passage or a knock on the door, Quinn was resolute.