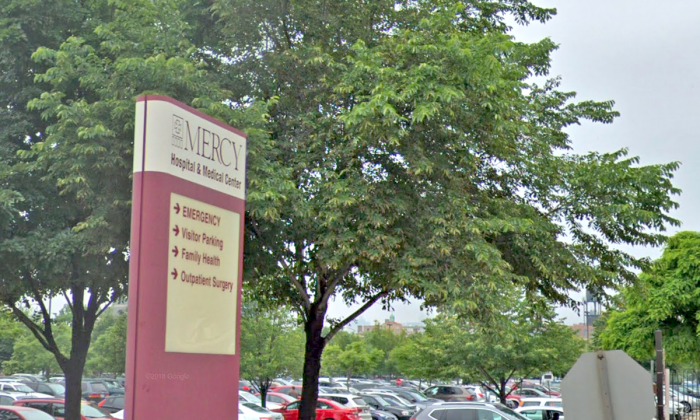 Two Chicago sisters signed papers to take a person off life support they thought was their brother, before they realized that their brother was actually alive.

Brenda Bennett-Johnson and her sister, Rosie Brooks, were told by authorities that the man they were visiting at the intensive care unit at Chicago’s Mercy Hospital and Medical Center on May 13 was their brother, Alfonso Bennett, according to WBBN in Chicago.

But upon arriving at the hospital both women could not identify the man, who had arrived at the ICU as “John Doe,” as Alfonso.

Brooks said that hospital staff told them the man was badly beaten and that he was found naked without any identification on April 29.

The man was hooked onto a ventilator, and he was going in and out of consciousness. His face had been beaten beyond recognition. He only responded to commands but never opened his eyes, the sisters recalled to WBBM.

As his condition began to deteriorate, the sisters made the difficult decision to sign papers giving permission for him to be taken off the ventilator, and for doctors to perform a tracheotomy. The man soon died.

Both sisters had not been in touch with their brother for years.

Bennett-Johnson told the news station that a nurse said that the man had been identified via mugshots. Police did not use fingerprints to identify him due to budget cuts, the nurse reportedly told them.

“You don’t identify a person through a mugshot versus fingerprints,” Bennett-Johnson said. “Fingerprints carry everything.”

To say that we currently have questions is an understatement. We have detectives looking into every aspect of this incident – from the incident response to the circumstances leading to the hospitalization and the notification of family members. Details to follow as we learn more. https://t.co/OUGp0CRPVI

Chicago police spokesman Anthony Guglielmi told CNN that witnesses informed police the name of the man who had been found beaten up on April 29 was Elijah Bennett.

He was taken to the hospital and put on life support for a week. In that time, no family members sought after him, so the hospital called police for assistance in identifying him, Guglielmi said.

“The name Elijah Bennett showed no match on the database,” Guglielmi explained to CNN. “The other person that comes up is Alfonso Bennett. So the officer gave the picture to the hospital so they could make a positive ID with the family.”

So when the man, mistakenly identified as Alfonso, passed away, the sisters proceeded to make funeral arrangements, even purchasing a casket.

But they stopped planning for their so-called brother’s funeral when one of their other sisters called to tell them that Alfonso had just walked through her front door.

Then the realization set in that they’d made a major decision to take a stranger off life support.

“It’s sad that it happened like that. If it was our brother and we had to go through that, that would have been a different thing,” Bennett-Johnson said to WBBM. “We made all kinds of decisions on someone that wasn’t our family.”

A Mercy spokesperson in a statement to WBBM said that “The family did identify this patient as their brother.” CNN was informed by a spokesperson from the hospital that privacy laws prevent them from sharing further details.

The man who had been taken off life support was later confirmed as not Alfonso Bennett through fingerprints. His identity has not been released, and police are now seeking his family.

“To say that we currently have questions is an understatement,” Guglielmi wrote on Twitter.

“We have detectives looking into every aspect of this incident—from the incident response to the circumstances leading to the hospitalization and the notification of family members. Details to follow as we learn more.”