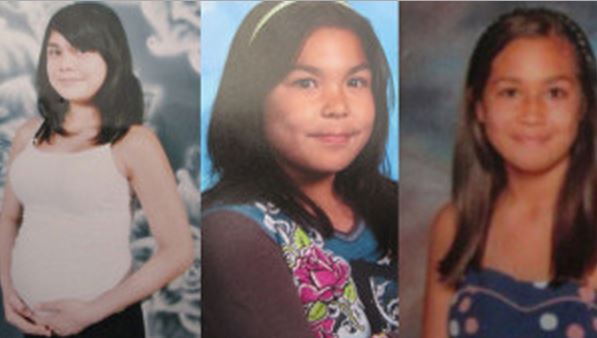 Glendale police sent out an alert on Saturday night, asking for the public’s help in finding Joyce Lubrin, 16; Kealani Lubrin, 15; and Ashley Lubrin, 13.

Later, police said Kealani and Ashley have been found but Joyce remains missing.

All three sisters have brown hair and brown eyes, and police believed that none of them have any money of cell phones.

Jocye Lubrin is 4’11”, weighing 120 pounds, and is seven-and-a-half months pregnant, according to police. She suffers from mental retardation, ADHD, PTSD and depression. She was last seen wearing a white tank top, blue hooded sweatshirt and grey jacket.

The girls are known to frequent the Glendale Galleria and the Apple Store at the Americana at Brand.

Anyone with information about their whereabouts was asked to call the Glendale Police Department at 818-548-4911.