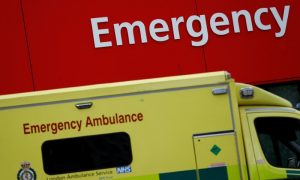 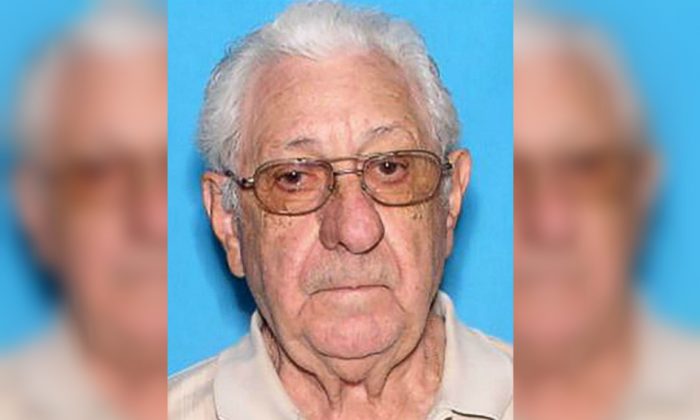 Anthony Tomaselli, who died at his home in Palm Harbor, Florida on March 6, 2015. His death was announced as suspected murder on March 5, 2019. (Pinellas County Sheriff’s Office)
US News

Two Florida sisters have been charged with murdering their 85-year-old father four years ago, after one them allegedly confessed to a man who recorded the confession on his phone and alerted authorities.

Sheriffs accuse the two sisters of planning to “euthanize” their father with sleeping pills back in March 2015 to stop him from going into assisted living. When that failed, they killed him by stuffing a rag into his throat and pinching his nose.

Linda Roberts, 61, and Mary-Beth Tomaselli, 63, have been charged with first degree murder in the death of Anthony Tomaselli, said a statement from the Pinellas County Sheriff’s Office on March 5.

During questioning, both women admitted to the charges, according to the Sheriff.

When Tomaselli died on March 6, 2015, at the age of 85, he had already been diagnosed with cancer and dementia. At the time, there was nothing to indicate that he had died of anything but natural causes, as officially recorded, said the Sheriff’s office.

But four years later, one of the sisters, Linda Roberts, couldn’t hold her secret any longer.

According to Pinellas County Sheriff Bob Gualtieri, a man that both sisters were having a relationship with had noticed that Roberts’s behavior had become “odd” in the run up to the anniversary of her father’s death.

On Feb. 12, the man went to Roberts’s home, and she confessed to him that she and her sister had killed her father.

The next day, he called the Sheriff’s office.

The man not only handed a recording of her confession, taken on his phone, to police, but agreed to help with the investigation.

The unnamed man made further recordings of both sisters discussing how they had killed their father, according to authorities.

“Both women stated on the recording, the killing was ‘premeditated’ and that they ‘euthanized’ their father because he was going to die within a couple months and would not live in an Assisted Living Facility,” said the Sheriff’s statement.

“Their initial plan was to give him alcohol and an excessive amount of sleeping pills, but when that was not effective, they first attempted to suffocate him by placing a pillow over his face.”

“When that did not work, they stuffed a rag down his throat, pinched his nose, and held his arms down until he stopped breathing and died.”

A daughter of one of the sisters was staying in the house that night. They gave her sleeping pills so that she would not be awake to witness them killing her grandfather.

The sisters had told authorities back in 2015 that they had taken their father for a ride to the beach the day before and that he had fallen asleep on the couch when they returned, which is where they found him dead in the morning.

They called 911 and even faked doing CPR, according to the report.

“This is in some respects — as we sometimes call these things — it’s the perfect murder, because there was absolutely no sign of struggle, no sign of foul play,” Pinellas County Sheriff Bob Gualtieri told reporters at a news conference on March 5. “He had cancer, he had dementia, he was seriously ill … They could have easily gotten away with it.”

After this death, the women sold their father’s home and split the proceeds with their brother, who authorities say was not involved in the murder.