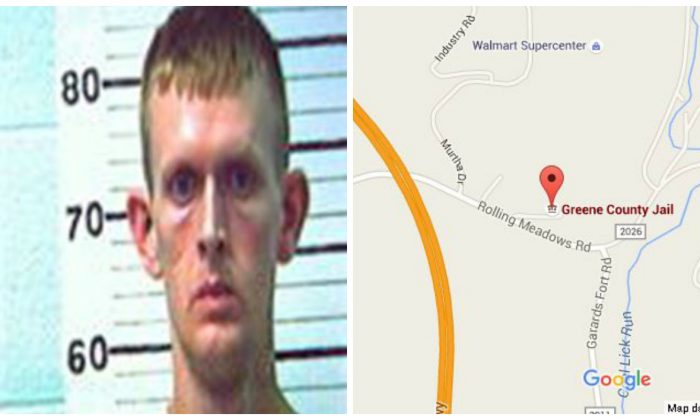 A Pennsylvania inmate escaped over the weekend and police are searching for him on Monday.

His sister Vanessa Hanlan was allegedly harboring him in her home but she was arrested on Monday.

Hanlan is still on the loose, with a fresh pair of clothes from his sister, authorities said.

Hanlan escaped by jumping a fence then sprinting into a wooded area, reported WTRF.

He has blonde hair and blue eyes.

Hanlan was in jail for violating probation, which came following assault charges.

Anyone with information on his whereabouts should contact state police at 724-627-6151.