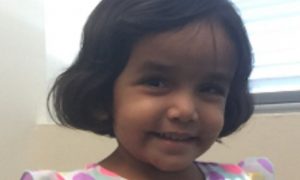 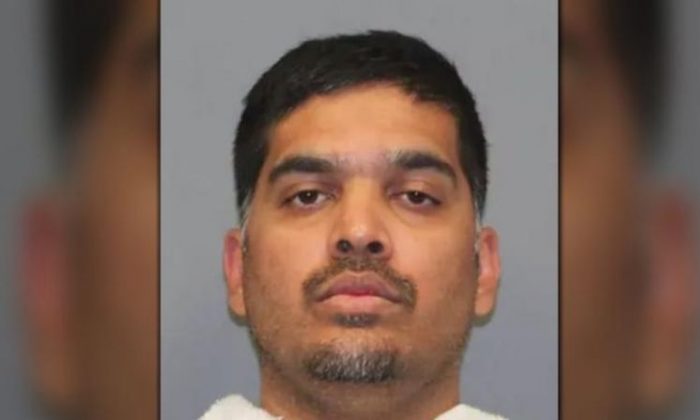 The 4-year-old sister of the missing girl Sherin Matthews will be looked after in foster care for another three weeks.

A custody hearing was postponed by a Dallas County judge on Monday to allow her father, Wesley Matthews, time to hire an attorney, according to CBS news.

Three-year-old Sherin Matthews went missing after she was left outside at 3 a.m. on Oct 7 as a punishment for not finishing her milk.

Her adoptive father was arrested and initially charged with abandoning or endangering a child, and her 4-year-old sister was removed from her parents care by Texas Child Protective Services.

Since the discovery of a child’s body by police on Sunday, which they believe to be that of Sherin, her father has been re-arrested and charged with a further felony offense.

On Monday, at the custody court hearing in Dallas, Wesley Mathews asked for more time to get a civil attorney to represent him in the custody hearing, according to CBS Dallas/Fort Worth.

The judge granted an extension, scheduling a new hearing for Nov. 13, and ordering that the 4-year-old remain in foster care until then.

In the meantime, officials will determine if relatives or family friends in Fort Bend County, about 40 miles southwest of Houston, could take custody of the 4-year-old if necessary.

According to CBS, Kent Starr, the attorney representing the child’s mother, Sini Mathews, said his client was “participating with the police department to identify whether or not the body that was discovered in Richardson, Texas, is that of Sherin Mathews.”

Police in Richardson said Wesley Mathews is facing a felony count of injury to a child, the police department said in a statement on Monday night. It’s a felony punishable by life or from 5 to 99 years in prison, the department noted.

“Mathews voluntarily arrived at the Richardson Police Station with his attorney and asked to speak with detectives. He provided an alternate statement of events from those which he had given previously, regarding the disappearance of Sherin,” the department wrote.

“We are still awaiting a positive identification from the Dallas County Medical Examiner’s Office for the child’s body found yesterday, believed to be Sherin Mathews,” the department said.

Mathews initially told investigators earlier this month that he ordered Sherin, 3, to stand outside the family’s home at 3 a.m. as punishment for not drinking her milk. He was later arrested that day before he posted bond and was released.