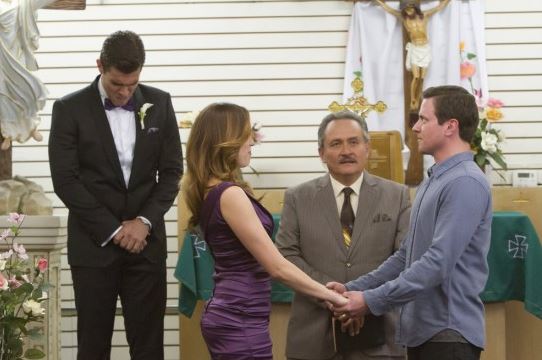 The season finale for Sirens on USA Network is set to air on May 1 at 10 p.m. EDT.

Not too much has come out about the finale, but it has been disclosed that a brush with death on the job prompts Theresa to vow to join the FBI in Washington.

But Johnny proposes marriage to try to keep her in Chicago.

Then they “must overcome a series of catastrophes and mishaps to get to the altar,” according to USA.

Many of the series on the USA Network have been renewed for another season, but Sirens is not among them.

Most websites that predict renewals and cancellations stay away from cable shows because they’re more difficult to predict than regular shows.

TVLine, one of the sites, does predict them. It says that “season 2 could go either way.”

The show has hovered around 1.1 million viewers, only dipping below 1 million in episode 7.