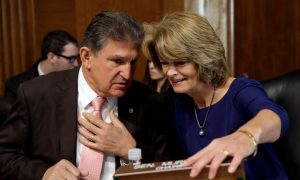 Nguyen, 24, was arrested around 7:30 a.m. at a bus station in Santa Ana, Laura Eimiller of the FBI told CBS Los Angeles.

He was about to get on board a bus to Mexico when he was arrested.

“The indictment alleges that Nguyen made the false statements in order to facilitate an act of international terrorism, as defined in Title 18,” Eimiller said. “Investigators do not believe Nguyen was traveling with others, nor are they aware of a continuing threat to the public at this time, based on his alleged activities.”

According to LA Weekly, the complaint against him alleges that his actions may have affected “the conduct of a government by mass destruction, assassination, or kidnapping.”

Sources told the Los Angeles Times that Nguyen had become “radicalized” and sympathized with al-Qaida’s mission. He allegedly wanted to be a foot solider for the organization.