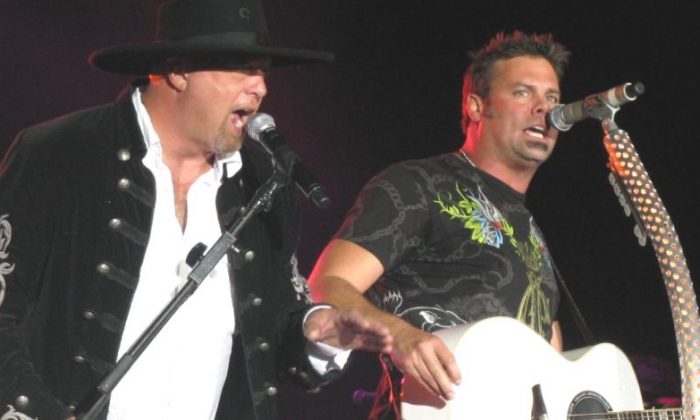 Country singer Troy Gentry died in a helicopter crash in New Jersey on Friday, according to reports.

Gentry, one-half of duo Montgomery Gentry, was in a helicopter that went down near Medford, New Jersey, according to Fox News.

The band released a statement on his death.

“It is with great sadness that we confirm that Troy Gentry, half of the popular country duo, Montgomery Gentry, was tragically killed in a helicopter crash which took place at approximately 1:00pm today in Medford, New Jersey. The duo was scheduled to perform tonight at the Flying W Airport & Resort in Medford. Troy Gentry was 50 years old,” the statement posted to Facebook reads.

“Troy Gentry’s family wishes to acknowledge all of the kind thoughts and prayers, and asks for privacy at this time,” it added.

The Federal Aviation Administration said the chopper went down in a wooded area by the Flying W Airport, Fox reported.

“A Schweitzer 269 helicopter crashed in a wooded area off the end of Runway 1 at the Flying W Airport in Lumberton, NJ at approximately 1:30 pm today,” the agency told NBC Philadelphia. “The National Transportation Safety Board also will investigate and will determine probable cause.”

Gentry and the group started in the 1990s before officially forming Montgomery Gentry in 1999. They’re best known for singles “My Town,” “Daddy Won’t Sell The Farm,” and “Gone.”

Gentry was born April 5, 1967, in Lexington, Kentucky. There, he met bandmate Eddie Montgomery before forming their namesake group.