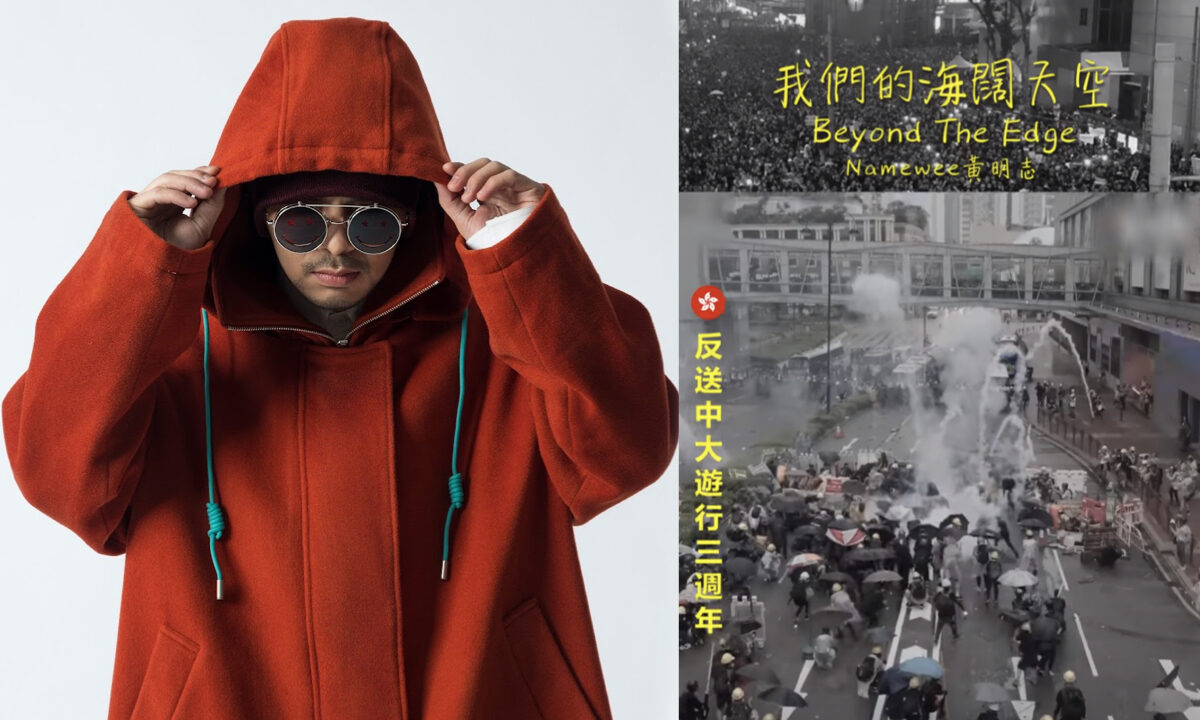 On June 9, 2019, one million people in Hong Kong took to the streets to protest the proposed “extradition bill.”

On June 12 of the same year, protests outside the Legislative Council were pronounced by the authority to be “riots,” coupled with Hong Kong Police’s ferocious repression, further aggravated city.

Then on June 16, 2019, two million people marching onto the streets of Hong Kong. And that was followed by endless protests almost every weekend, when the government refusing to respond to the “Five demands, Not one less” request from Hongkongers.

It was not until the outbreak of Covid-19 in early 2020, that the anti-extradition protests gradually diminished, due to government-imposed strict social distancing “laws,” using the pandemic as a pretext.

Thousands of, if not tens of thousands, protesters had been arrested during the two-year long anti-extradition movement, many had now been prosecuted or convicted.

With the implementation of Hong Kong’s National Security Law (HKNSL), at the end of June, 2020, many Hongkongers fled as they worried that the Hong Kong government would try to (clean house) settle the scores after the protests.

Namewee’s “Beyond The Edge” is a tribute to the disbanded local band Beyond’s “Boundless Oceans, Vast Skies” which was released as early as 2020.

“Boundless Oceans, Vast Skies” is one of the “anthems” of Hongkongers, when they march on the streets to fight for democracy and freedom.

Namewee’s latest cut of his MV includes a large number of shocking images of Hongkongers protesting on the streets, Hong Kong Police brutality, use of tear gas bombs during the Anti-Extradition Movement. Namewee’s MV once again displayed Hongkongers’ unshakable resistance to the suppression of the Hong Kong Police and their astounding stories that had touched the world.

In the MV, there were scenes of people holding banners with written words, “We are not rioters,” marching fearlessly on the streets, as well as riot police firing loads of tear gas grenades at the crowd, and people rinsing their eyes in obvious pain.

In the song, the lyrics goes: “Forgive me for always being hurt and tumbling. There is nowhere to escape. Even with all my strength trying to break free, I can only roar; the road ahead seems vast as I brace the wind looking into the dark sky. If I can’t resist this wave, can we still hug if I reach out my hand?”

“Those glorious years, with our fists held high, full of passion. How many cold nights had we endured for ideals and freedom? Every time we came to the verge of defeat, breaking and crumbling down. Yet, we’d always stayed at the front line…”

The lyrics also encouraged Hongkongers: “Run as far as you can until you reach the ultimate goal … Time may fly, but the pain cannot be forgotten. Light up the fire that is burning in your chest. Hold it tight and don’t ever let go.”

However, the lyrics led to rapid bans of the MV on Weibo (social media in China). Chinese singer Fu Jiu, who was invited by Namewee to collaborate on the production, was quick to cut ties with Namewee and apologized. Fu even promised to never perform or share the song “Beyond The Edge” at any time, anywhere.

The MV shows a panda dressed in pink while waving a flag, symbolizes CCP’s supporters who go on an expedition singing and praising the regime. The Chinese leek in the background symbolizes the civilians, who are oppressed and exploited time and time over by the regime.

“Fragile,” had gone immediately viral upon its release on Youtube, breaking through 10 million viewers in less than a week and exceeding 50 million hits in just seven months. Not only was it nominated for the Song of the Year Award at the Taiwan Golden Melody Awards (GMA) 2021,  it had also topped the music charts at number one in Taiwan, Hong Kong, Malaysia, Singapore, and other places, as well as reaching top ten in Australia, New Zealand and Canada.

On June 9, Kimberley Chen was invited to sing “Fragile” at the Copenhagen Democracy Summit. Chen became the first singer invited to perform at the summit.

Due to the lyrics and the MV seemingly mocks the CCP government and its “little pinkies,” the song has been blocked in China. Chen said, “After I collaborated on the song, everyone thought I lost the huge Chinese market. But I disagree. Being able to have freedom and democracy is far more rewarding than having China as a market.”

Jenny Li
Follow
Jenny Li has contributed to The Epoch Times since 2010. She has reported on Chinese politics, economics, human rights issues, and U.S.-China relations. She has extensively interviewed Chinese scholars, economists, lawyers, and rights activists in China and overseas.
SHARE
Friends Read FreeCopyFacebookTweet
You May Also Like