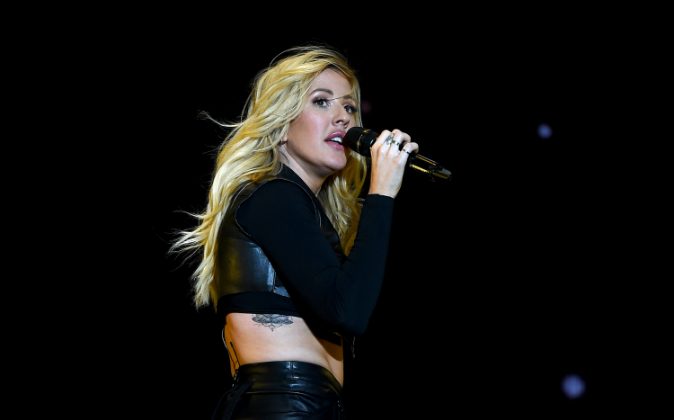 Singer Ellie Goulding Opens Up About Struggles With Panic Attacks

In an interview with Flare magazine, Grammy-nominated musician Ellie Goulding opened up about her struggles with panic attacks and her methods for coping with the “debilitating” disorder.

“I was skeptical at first because I’d never had therapy, but not being able to leave the house was so debilitating. And this was when my career was really taking off,” Goulding said. “My surroundings would trigger a panic attack, so I couldn’t go to the studio unless I was lying down in the car with a pillow over my face. I used to beat myself up about it.”

The English born singer’s debut album “Lights” was released in March 2010 and claimed the number one spot on the UK Albums Chart. Her American television debut occurred on “Jimmy Kimmel Live!” in 2011, and she has since performed on a host of late night shows, including “Saturday Night Live,” performed at the British Royal Wedding reception in 2011, and has toured alongside Katy Perry and U2.

Her exposure to mainstream attention was only on the rise, and to keep her panic attacks in check, the 29-year-old opted for cognitive behavioral therapy.

According to Mayo Clinic, “Cognitive Behavioral Therapy helps you become aware of inaccurate or negative thinking so you can view challenging situations more clearly and respond to them in a more effective way.”

The songstress admitted she feared she would experience another panic attack during promotional rounds for her latest album “Delirium.”

“There were a couple of times after I released Delirium when I was doing promo and thought, Oh god, it’s coming back, it’s coming back, but it didn’t,” she admitted. “I think my body has become quite good at controlling anxiety.”

As her status continues to rise, Goulding takes advice from those with the same career background as her own, and not only from her famous friends, like Taylor Swift.

“Not necessarily famous people, but people who make a living doing music. It’s good to get the perspective of people who have been through the same things I have,” she said.

Ellie Goulding is currently on the North American leg of her Delirium World Tour.