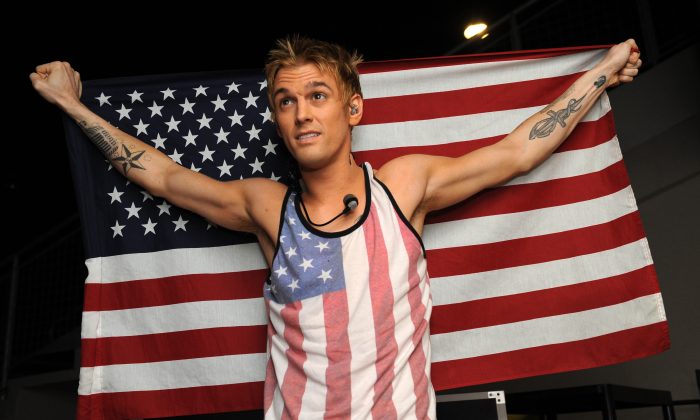 Aaron Carter performs at the Magic City Casino on May 18, 2013 in Miami, Florida. (Photo by Jeff Daly/Invision/AP)
Entertainment

Count Aaron Carter is among the celebrities voting for Republican frontrunner Donald Trump—probably.

The former child star and current singer said via Twitter: “Does America want to have a president who FOLLOWS or someone who leads? I vote For @realdonaldtrump.”

“I support Donald Trump. I don’t support every little thing. Trump goes his own way. He’s a leader, not a follower, and he’s proven that by humbling the other campaigns,” Carter added to GQ.

“I think in regards to him becoming president, well, the electoral college will be the decider.”

Carter, 28, noted that Trump has some views he doesn’t think are correct, such as the idea of expanding the wall between the United States and Mexico.

He later backed off his initial promise to vote for the brash businessman—perhaps to try to stop the death threats he’s been receiving—saying:

“If Trump can’t change some of his ways of thinking, then I’m just going to sit this one out.”