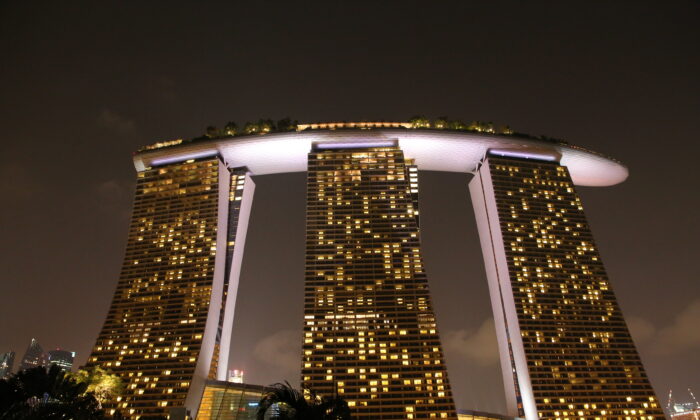 Singapore authorities announced the “fully vaccinated” status of residents would lapse nine months after their last dose unless they get a booster shot.

In a press conference on Jan. 5 by the Multi-Ministry Taskforce overseeing Singapore’s response to COVID-19, Minister of Health Ong Ye Kung announced the full vaccination status would now have an expiration date.

“Two hundred-seventy days or nine months after you have taken your second dose of mRNA or third dose of Sinovac/Sinopharm vaccine and you have not taken your booster,” Ong said, “your full vaccination status will lapse.”

Singapore uses the two-dose Pfizer-BioNTech/Comirnaty and Moderna mRNA vaccine regime in its National Vaccination Programme (NVP), and included the non-mRNA vaccine Sinovac effective Oct. 23, 2021. But due to the “relative lower vaccine efficacy” of Sinovac and Sinopharm, three doses are required instead of two.

Singapore’s vaccination rate ranks as one of the highest in the world. More than 87 percent of its entire population and over 90 percent of each eligible age group is fully vaccinated.

Singapore credits its low number of severe cases to its high vaccination rate, but is wary of a potential surge in cases due to the Omicron variant, which has accounted for 2,252 cases to date. Out of these cases, three have required oxygen supplementation while none have been admitted to ICA. The three cases were all taken off oxygen within three days.

“International data has shown that protection against Omicron by a primary vaccination series is weaker compared to that against the Delta variant,” Ong said.

“It also wanes more quickly, typically after five to six months. However, boosters will restore the vaccine protection against infection and severe illness from Omicron.”

Ong said the policy will be effective one and a half months later, on Feb. 14, in order to allow for those who are medically eligible to “get their booster jabs early” before their full vaccination status expires.

“This will amongst other things, affect your access to vaccination-differentiated venues such as malls, restaurants, libraries, etc.,” Ong said.

Vaccination-differentiated management measures (pdf) are also required at settings with “higher-risk/mask-off” activities like food and beverage establishments, cinemas, or at events with more than 50 attendees.

People who are certified as medically ineligible (pdf) for all vaccines under the NVP are exempt from these measures, as well as people who have recovered from COVID-19 within the last 180 days.

For those who recovered from COVID-19 and are unvaccinated or partially unvaccinated, they are advised to get an mRNA vaccine three months after infection to reduce their risk of infection.

A fourth dose of an mRNA vaccine is recommended for people “with medical conditions such as moderate or severe immunocompromise” about five months after the third dose of their mRNA vaccine.