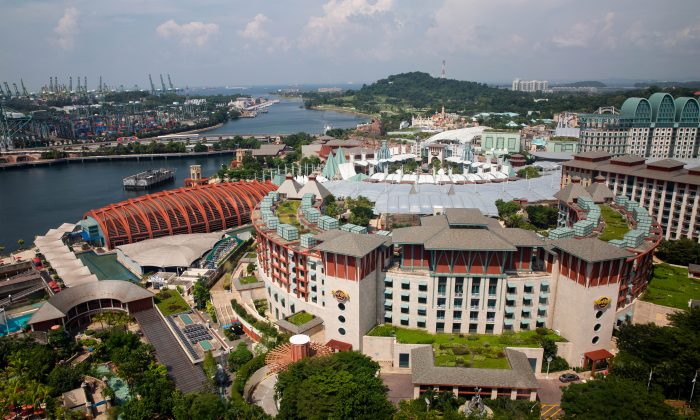 Singapore Saw Over 50 Percent Increase in Scams in 2021

The total number of scams reported in Singapore soared by more than 50 percent last year, with the losses from the top 10 types of scams amounting to more than $370 million, almost tripling the losses in 2020.

Scams now account for more than half of overall crimes, according to the Annual Crime Brief released on Feb. 16.

Meanwhile, the biggest losses were from investment scams, totaling a whopping $140 million, with the largest amount cheated in a single case $4.7 million.

Victims of job scams were often approached by fraudsters through advertisements on social media sites including Facebook, Instagram, and TikTok. Dating apps such as Tantan and Facebook Dating were also among the common platforms where scammers target potential victims.

Perpetrators have also taken advantage of such online platforms to trick victims into e-commerce, investment, and loan scams.

The pandemic fueled the rise in online scams, according to the Singapore Police Force.

“Scammers have been constantly evolving their tactics and taking advantage of the COVID-19 situation to prey on the public’s increase in online activities, and also their heightened sense of vulnerability and uncertainty,” police said in the press release.

Similar trends have been seen elsewhere in the world.

Last year, the UK’s Financial Conduct Authority called social media sites “effectively a gateway” for scammers to gain access to large numbers of people and threatened action if social media firms do not change algorithms to deal with “dodgy financial promotions” proliferating on their platforms.

Online fraud made up around 86 percent of all fraud in the UK, according to the authority.

More than 90 percent of scams in Singapore originate from overseas.

Last month, 790 customers of Oversea-Chinese Banking Corp. (OCBC) lost over $10 million to phishing scams impersonating the bank. In one case, victims saw their years’ of savings wiped out in just 30 minutes.

Defying the common notion that the elderly are often falling prey to such scams, individuals in their 20s and 30s working in the e-commerce and finance sectors also became victims.

Banking-related phishing scams were the sixth largest scam type in the country.

They usually starts with a message impersonating the bank claiming there are issues with the customer’s accounts or credit cards. To “resolve” the issue, customers have to click on a link embedded in the message which directs them to a fake bank website to key in their login credentials.

In some cases, the scammers even included a phone number for the customer to call to “seek help with their suspended bank card,” said the police.

OCBC is the second largest banking group in Singapore. On Tuesday, the bank announced the roll-out of a “kill switch” that would allow customers to freeze their accounts in an emergency.

In one common case, scammers asked victims to download fake mobile apps to take up “jobs.” The victims were then told to top up their accounts on the apps by transferring funds to bank accounts or cryptocurrency wallets belonging to the scammers.

The victims saw the amount of “funds” in their mobile app accounts increasing after completing a number of tasks, only to realize later that they were not able to withdraw these “funds” and that they had been cheated.

The police have called on the public to stay vigilant as new scams are emerging.

All Can Be Susceptible

While the number of frauds has risen massively amid the pandemic, there is no consensus yet on why some individuals have fallen victim to scams while others not, according to a study published last year.

Evidence on how age contributes to susceptibility to scams remains inconclusive, although a growing number of studies identify middle-aged adults as the group with the highest rate of being swindled, according to researchers from the UK’s University of Southampton and Scripps College in the United States.

The researchers note that victims of older age tend to suffer larger losses per case, which is why they have received more attention.

Some find that higher cognitive ability or emotional intelligence help protect against phishing scams, although the results are not entirely clear cut.

Other than personal characteristics, the nature of scams also contributes to how likely individuals may become victims.

By looking into more than 580 scams in the UK, a 2013 study found that those seeking to establish trust by referring to authorities, or provoke a sense of urgency and scarcity by calling the “offer” time-limited, were among the common types.

As scammers take advantage of the increased Internet exposure of people during the pandemic, but “little is known about how to reduce scam compliance, there is an urgent need to conduct research in this area,” said the researchers of the recent study.