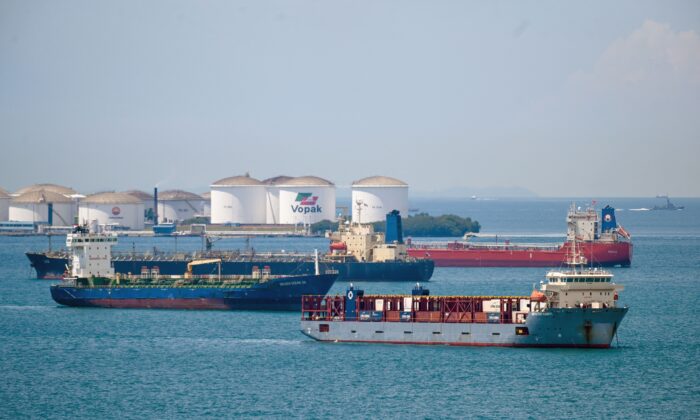 The electricity tariff in Singapore is to increase by about 10 percent from April 1 to June 30 as the Russia–Ukraine war drives up global oil and gas prices, said SP Group, the country’s state-owned electricity and gas distributor, in a press release on March 31.

Excluding goods and services tax, the household electricity tariff will increase from 19 cents (S$0.25) to 21 cents per kilowatt-hour (kWh) during the same period.

On the same day, Singapore’s Energy Market Authority (EMA) announced the extension of a slew of measures to stabilize energy supplies and prices until the end of the second quarter.

Under these measures, power generation companies (gencos) can draw upon standby fuel facilities established last October. The authority can also direct gencos to generate electricity using gas from the standby facilities ahead of potential disruptions to the wholesale electricity market.

Gencos need to contract sufficient fuel to meet the demand, in addition to retaining fuel reserves as required under their licenses.

Meanwhile, as part of the 2022 Budget, eligible households will receive vouchers to dampen the impact of higher electricity bills.

“Around 95 percent of Singapore’s electricity is generated from imported natural gas. The surge in global energy prices will lead to substantially higher costs of electricity generation,” said the EMA.

The 1 percent of consumers who directly purchase electricity from the wholesale market will be the first to be affected by rising energy costs, according to the authority.

Eventually, however, other consumers will also have to face higher electricity bills as they renew contracts with electricity retailers, or when the electricity tariff is adjusted higher following the quarterly review.

Most Asian economies, including Singapore, rely heavily on energy imports.

The war-induced oil and gas price surge poses growth and inflation risks, and could worsen these countries’ current account balances.

On March 30, the Bank of Thailand lowered the country’s growth forecast to 3.2 percent, from its December prediction of 3.4 percent, as sanctions against Russia resulted in higher prices and a reduction in external demand.

Thailand’s headline inflation forecast, however, was adjusted higher from 1.7 percent to 4.9 percent for 2022.

The Philippines’ central bank noted that global oil price hikes would cause the country’s current account and balance of payment positions to be under pressure.

The balance of payment deficit of the Philippines is projected to be 1 percent of GDP for the year, a downward adjustment from a 0.2 percent surplus predicted last December.

Together with India, Korea, and Taiwan, Thailand and the Philippines are among Asia’s largest energy importers, according to Standard and Poor’s.

While Thailand is projected to be the biggest loser among Asia–Pacific emerging countries to the oil price surge, net exporters such as Indonesia and Malaysia would benefit from higher energy prices.