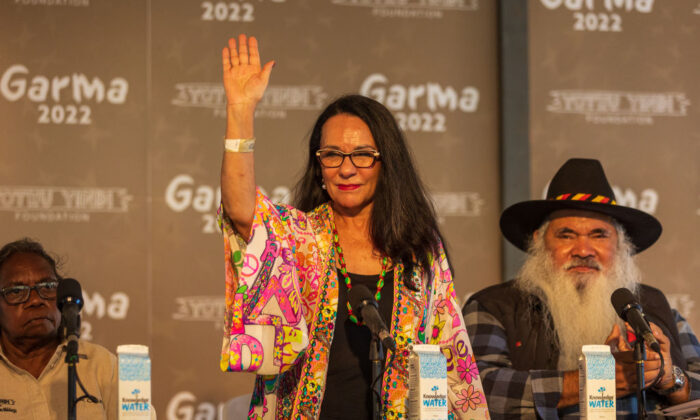 Australian Indigenous affairs minister Linda Burney has stressed the importance of simplicity in terms of the question that Australians will face in a referendum on whether an indigenous voice to parliament should be enshrined in the constitution.

Speaking to the Australian Broadcasting Commission on Monday, Burney said that as Prime Minister Anthony Albanese had made clear, keeping the question simple is “absolutely fundamental.”

“The last thing we would want, which we have seen in the past in terms of referendum, is a proposition or question that people can’t assign up to,” she said.

This comes after Albanese’s speech on Saturday at the Garma Festival in Australia’s Northern Territory, in which he put forward a question that could potentially be put to voters.

“I would like us to present the Australian people with the clearest possible referendum question,” he said.

“We should consider asking our fellow Australians something as simple, but something as clear as this: ‘Do you support an alteration to the Constitution that establishes an Aboriginal and Torres Strait Islander voice?'” Albanese said.

If successful, the referendum would mean that a body representing Aboriginal and Torres Strait Islander people would have a say at the parliamentary level on the design, development and implementation of policies and programs that specifically affect them.

Albanese said the starting point would be to add three sentences to the Constitution recognising Aboriginal and Torres Strait Islanders as Australia’s first peoples.

“And three, the parliament shall, subject to this Constitution, have power to make laws with respect to the composition, functions, powers and procedures of the Aboriginal and Torres Strait Islander Voice.”

Albanese noted that this might not be the final wording for the referendum question or amendments to the Constitution, but these draft provisions can take the process to the next step.

“We can use this question and the provisions as the basis for further consultation, not as a final decision but as a basis for dialogue, something to give the conversation shape and form.”

Meanwhile, Burney said considerable work had been done over the past decade to reach this point, including a parliamentary inquiry, a number of reports and the formation of an expert group.

“There has been an enormous amount of work done, and I am clearly on the record saying that none of that work will be jettisoned. It will be part of the consideration going forward,” she said.

She also emphasised that the government will seek as much consensus as possible about how to proceed and will not be rushed.

“And it’s very important that this belongs to the Australian people, not to politicians,” she said.

Asking Australians to Say Yes to a “Trojan Horse”

However, indigenous senator, Jacinta Nampijinpa Price, has said the country should be cautious over the lack of detail in the government’s proposal so far.

“I think what is really dangerous about it is the fact that the question is so simple, that it doesn’t define the detail of what the voice might look like, that effectively, what the prime minister is asking for, is the nation to say yes to a Trojan horse,” she said.

“This is not something you do willy-nilly. It’s a huge constitutional amendment, and the details are supposed to follow after? That’s not something that I can agree with, and I’m sure there are plenty of Australians that cannot agree with this.”

Price also noted that the cost of establishing the Indigenous Voice to Parliament had not been provided.

“What is the bill to the taxpayer for this? And who misses out as a result of this costing, this money that’s going to go to establish this thing? There are a raft of things that are missing that aren’t being spoken about, and again we’re not being told about them by the prime minister,” she said.

“We’re just saying…he’s just saying, ‘Vote for this, and everything will come after, but that’s not good enough.'”

While it is not clear when the referendum will take place, Albanese said the government wants to secure support for the question and constitutional provisions in time for a successful referendum during the government’s current term.