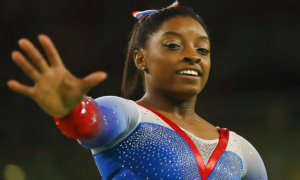 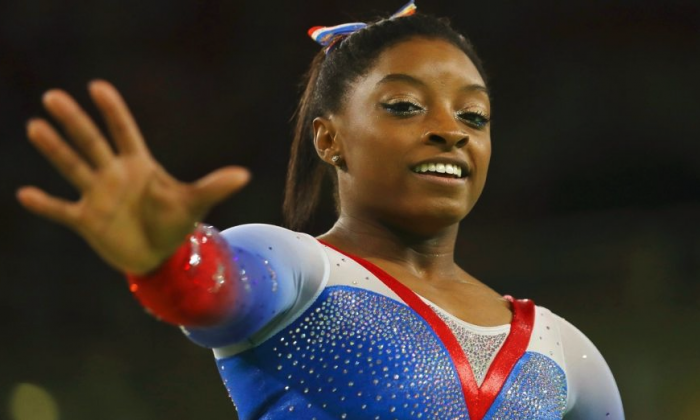 U.S. Olympic champion Simone Biles, the most accomplished gymnast in the world, has been named the 2019 Team USA Female Olympic Athlete of the Year.

The four-time Olympic champion, 22, came out on top after a jaw-dropping, record-setting performance in competition earlier this year, the U.S. Olympic and Paralympic Committee announced this week in Colorado Springs, Colorado.

With 25 World Championship medals to her name, 19 of which are gold, the Ohio-born athlete has been described as the most decorated artistic gymnast of all time.

The committee noted she completed “two skills never performed by a female gymnast in competition: a double-double-dismount on beam and a triple-double on the floor,” this year—signature moves which have since been named after her; “the Biles” and “Biles II.”

In perhaps her most outstanding performance at the 2019 FIG World Championships in Stuttgart, Germany, Biles’s floor routine included a triple-twisting double back move, ultimately earning the young athlete a score of 15.133 from the judges. Biles’s winning score was a full point higher than her second-place U.S. teammate Sunisa Lee.

“I’m second in the world after Simone Biles, and she’s obviously so amazing,” 16-year-old Lee later exclaimed. “To be second is super crazy. I don’t know how she’s been doing this for so long.”

In beam, Biles walked away with gold despite opting for a simpler dismount than the “double-double” she performed to astounded crowds earlier in the championships.

“The Biles” was ranked controversially by FIG, the international governing body for gymnastics. According to NPR, FIG decided just before the World Championships that the dismount was worth only one-tenth of a point more than the same dismount with one fewer twist.

After widespread criticism, FIG released a statement claiming that the decision was made, in part, out of concern for gymnasts’ health and safety.

Biles, despite the move being one of her own, decided against performing the dismount during her beam routine.

“It’s not worth the one-tenth [extra point]. I’m sorry, it’s just not,” she told The Associated Press.

5X WORLD ALL AROUND CHAMPION

Biles took home five gold medals at the 2019 FIG World Championships, more than any gymnast at a single worlds since 1958, according to Team USA.

The title of the world’s most accomplished gymnast was previously held on to for two decades by male Belarusian gymnast Vitaly Scherbo, who amassed 23 world medals in the 1990s.