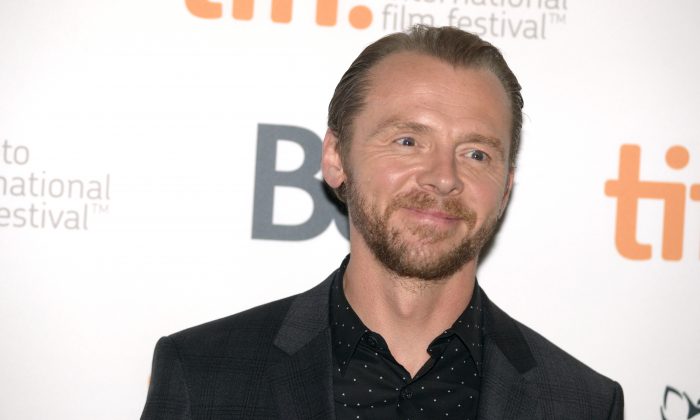 Simon Pegg arrives at the premiere of "Kill Me Three Timesl" on day 3 of the Toronto International Film Festival at the Scotiabank Cinema 2 on Saturday, Sept. 6, 2014, in Toronto. (Photo by Brian Bettencourt/Invision/AP)
Entertainment

“Hector and The Search of Happiness” actor Simon Pegg told his fans during a Reddit AMA session, that he loves dogs, pizza, and a career change into the special effects department.

“I love dogs. I have two. And I love them dearly,” Pegg said.

The actor will also be starring alongside a dog in the upcoming sic-fi comedy “Absolutely Anything,” where Pegg plays a teacher who discovers his supernormal powers and goes through a series of mishaps.

“I worked with a dog this year called Mojo in “Absolutely Anything” (whom Robin Williams did the voice of) and he was a lovely dog. And now that Robin is gone, I want to kidnap [the dog] even more,” Pegg said.

Although Pegg said he never met the late actor, Mojo made an impression on Pegg, and the actor also learned the complexities of working with animals on set.

Pegg is now also working on a project with Edgar Wright although he didn’t want to release any details about their collaboration. “With regards to my new movie with Edgar, we haven’t started writing it yet, so there’s nothing we can tell you, other than it will happen,” Pegg said.

His favorite food is pizza. Pegg actually memorized the pizza order at his favorite joint.

“And my favourite pizza is, I think a number 14 from John’s Pizzeria on Bleecker Street in New York. And it is: cheese and tomato, olives, anchovies, and that’s it,” Pegg said.

Other than acting, Pegg would have loved to have a career in special effects. “That’s always something I’ve loved,” he said.