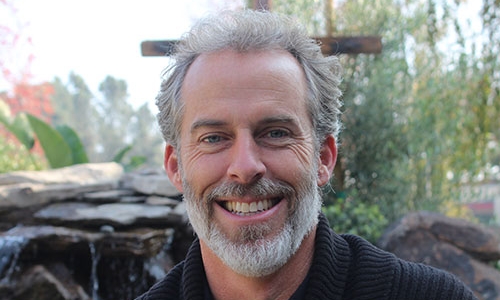 When Calvary Chapel San Jose Pastor Mike McClure reopened his church for indoor services, it was May 31, the Day of Pentecost on the Christian calendar.

“If Walmart is open and you can go there, they’re essential, and so is the church, but even more so because Walmart doesn’t have a First Amendment right,” McClure told The Epoch Times on Oct. 7.

Pentecost was the day when Peter first preached in Jerusalem and more than 3,000 people joined together to form the first Christian church.

Because fellowship is viewed as essential to practicing the faith, Christians around the world have met for worship every Sunday since, often at peril of their lives today in China, India, and many Muslim nations.

“I just said, ‘Look, we’re caught in the middle of this political war, but it’s the people that God cares about, so we’re going to do what the Bible says and obey God rather than man. Not so much to defy the governor but to take care of the needs of the people,” McClure said.

Like so many others in Silicon Valley, McClure had been a database programmer before he started at Calvary Chapel in 2001. The church has since grown to more than 1,000 members and is one of nearly 2,000 similar evangelical congregations in an association that grew out of the Jesus Movement in Southern California in the 1960s.

When McClure reopened his church’s doors, his congregants streamed back en masse. That’s when San Clara County officials begin imposing fines on the church for defying Gov. Gavin Newsom’s anti-CCP virus edict restricting churches’ ability to have meetings indoors or outdoors. Big-box stores such as Walmart, restaurants, and other services deemed “essential” were treated much more liberally by Newsom.

McClure estimates the fines now total more than $220,000. His attorney, Robert Tyler, general counsel of the Southern California-based Advocates for Faith and Freedom nonprofit law firm, contends the fines are “cruel and unusual punishment” and violate the Eighth Amendment of the U.S. Constitution’s Bill of Rights.

“They have this, what we believe is just an unconstitutional infringement of the religious liberties of the people of the church by imposing fines that are extremely unusual,” Tyler told The Epoch Times on Oct. 7.

“It’s interesting that, if the county was so truly concerned about the health and safety of individuals, and believing that the science supports their fines, then they would not only be fining the church, but they would be going to court to seek an injunction against them to prevent them from meeting,” Tyler said.

He said he thinks the reason Santa Clara County officials haven’t sought an injunction is fear of public opinion.

He pointed to individuals such as pastor Rob McCoy of Godspeak Calvary Chapel in Newbury Park, John MacArthur of Grace Community Church in Los Angeles, and other pastors “who have said, ‘You are going to have to take me to jail if you think I’m going to stop from holding church services.’”

The Santa Clara suit also challenges officials’ right to require churches to maintain lists of attendees at services and turn the list over to the government whenever it’s requested. Tyler said it could be years before the suit is finally ended.

McClure’s congregation wasn’t alone when it regathered for indoor services at the end of May. More than 1,000 churches across California did so as well.

“These pastors are looking at this, saying, ‘We have religious liberty, we have the right to meet and what you are doing is you are preventing us from gathering together as a community of believers,” Tyler said.

“They are being told on one hand to stay home and watch church services on TV, and the pastors are saying, including Mike McClure, ‘No, we have a biblical instruction and mandate to physically come together to worship,’” he said.

Tyler said one of the pastors he represents used an analogy that he believes captures why protecting the right to hold worship services without instructions on how to do so by government is vital to preserving individual liberty.

“What he said was, attending church services on TV or on online is like watching a campfire on television, you don’t have the effect, you don’t get the heat,” Tyler explained.

Tyler agreed when asked if California has become a hotbed of churches defying bureaucratic orders, but congregations across the country have experienced varying degrees of interference since the CCP virus pandemic spawned a national lockdown.

New York’s Democratic Gov. Andrew Cuomo warned religious leaders in New York City earlier this week that regardless of whether Jewish synagogues, black churches, or Roman Catholic congregations are involved, “the community must agree to the rules. If you do not agree to enforce the rules, then we will close the institutions down.”