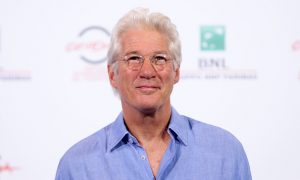 SAN FRANCISCO—Imagine working out a divorce without hiring an attorney or stepping into court or disputing the tax assessment on your home completely online.

A Silicon Valley company is starting to make both possibilities a reality with software that experts say represents the next wave of technology in which the law is turned into computer code that can solve legal battles without the need for a judge or attorney.

“We’re not quite at the Google car stage in law, but there are no conceptual or technical barriers to what we’re talking about,” said Oliver Goodenough, director of the Center for Legal Innovation at Vermont Law School, referring to Google’s self-driving car.

I can build great tools that represent the cutting edge of technology and extend it into the legal sector where none of that expertise resides.
— Colin Rule, co-founder, Modria

The computer programs, at least initially, have the ability to relieve overburdened courts of small claims cases, traffic fines, and some family law matters. But Goodenough and other experts envision a future in which even more complicated disputes are resolved online, and they say San Jose, California-based Modria Inc. has gone far in developing software to realize that.

“There is a version of the future when computers get so good that we trust them to play this role in our society, and it lets us get justice to more people because it’s cheaper and more transparent,” said Colin Rule, Modria’s co-founder.

Officials in Ohio are using Modria’s software to resolve disputes over tax assessments and keep them out of court, and a New York-based arbitration association has deployed it to settle medical claims arising from certain types of car crashes.

In the Netherlands, Modria software is being used to guide people through their divorces.

‘Gett:’ A Divorce in Israel

The program walks couples through more than two dozen questions, including how they want to co-parent any children they have. It suggests values for spousal support and notes areas of agreement. A second module allows them to negotiate areas of disagreement. If they reach a resolution, they can print up divorce papers that are then reviewed by an attorney to make sure neither side is giving away too much before they are filed in court.

Hundreds of couples have gone through the system since it launched in February, said Larry Friedberg, Modria’s chief marketing officer.

He co-founded Modria in 2011. Although the company’s focus is on selling its technology to e-commerce businesses, Rule said he is passionate about deploying it to courts.

Related Coverage
30 Years Later, ‘Back to the Future’ Car in Legal Battle

“I can build great tools that represent the cutting edge of technology and extend it into the legal sector where none of that expertise resides,” he said.

When you’re online, there’s a lot you don’t know about that person such as their race and other things that can cloud the decision-making process.
— MJ Cartwright, CEO, Court Innovations

A Michigan company, Court Innovations Inc., is using similar technology to resolve traffic disputes. In four court districts in the state, people ticketed on suspicion of running a red light or speeding can go online and provide an explanation in hopes of getting the ticket thrown out or a lower fine. Prosecutors review the information and make a decision that can be transmitted electronically to the alleged scofflaw for acceptance or rejection, said MJ Cartwright, the company’s CEO. The system has had more than 800 users so far, almost all of whom have resolved their cases online, she said.

“When you’re online, there’s a lot you don’t know about that person such as their race and other things that can cloud the decision-making process,” she said.

Technology such as Modria’s can provide legal support to people and businesses that have written off lawyers and the court system as too expensive and tedious and would otherwise try to resolve their disputes on their own, said Larry Bridgesmith, a law professor at Vanderbilt Law School in Tennessee who focuses on dispute resolution strategies.

The American Bar Association recommended Bridgesmith as an expert on the subject.

The technology won’t do away with attorneys, but it will require them to adapt, he said.

“If lawyers begin to understand that those are tools they can use to lower the costs of entry into the legal system … they can get back in the business of serving clients who are presently not served,” he said.