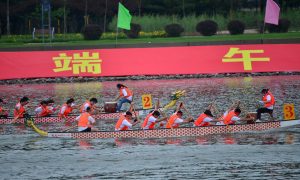 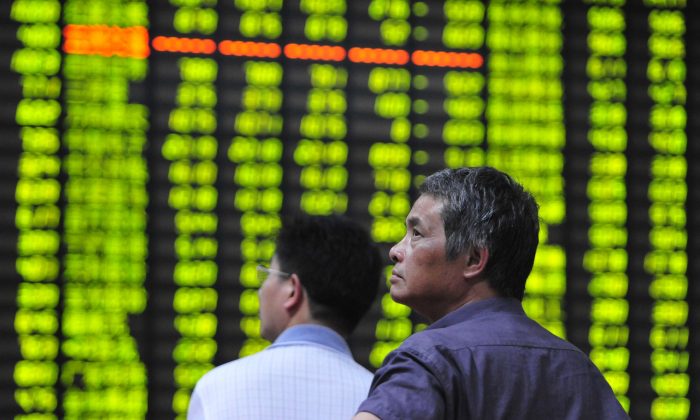 Investors watch the electronic board at a stock exchange hall on June 24, 2013 in Jiujiang, China, as stocks dropped sharply. The massive debt held in China's financial system may cause a sudden collapse of asset values. (ChinaFotoPress/Getty Images)
China

China’s current economic situation reminds me of the remark, “Future events will repeat those of the financial crises of 2007 and 2008 or of the 1997 Asian financial crisis. All the evidence shows that this time the leading role on stage will be China,” which concludes my book titled The Big Turning Point, published in 2011.

At that time, the speculation that China would likely be the epicenter of the next global economic crisis was regarded as pessimistic by the overwhelming majority of people, but it’s unfolding before our eyes.

Stimulus Not a ‘Sacred Weapon’

The Chinese state implemented a very large stimulus package and adopted an expansionary monetary policy after the global financial crisis in 2008. The economy quickly bottomed out, and the rebound saw a considerable recovery.

The recovery not only sustained the Chinese economic miracle, but also sparked debate about the “China Model” among economic theorists. They wondered what kind of system and cultural codes are hidden behind the myths of seemingly never-ending economic growth.

However, China’s economy must obey certain basic laws of nature, just as we all live subject to the Earth’s gravity.

As expected, a rapid decline began after the central government made a gradual reduction of the stimulus. The decline was in fact too rapid for the comfort of policy makers. In the first quarter of 2012, Chinese macroeconomists proposed the policy of “steady growth.”

Transforming the policy from “growth” to “steady growth” reflected necessary and increased caution by the state. But the only tool they can rely on is traditional monetary stimulus policy, which, as a “sacred weapon,” had hit the target with great accuracy in the past.

Following more than six months of steady growth, the economy stopped falling and began to pick up in the fourth quarter of 2012. China’s stock market also rebounded quickly after dipping below the 2,000-point level. However, this illusion of a stabilizing effect only lasted one quarter.

In the first quarter of 2013, China’s GDP growth was only 7.7 percent, weaker than a Reuters poll consensus that forecast an 8.0 percent expansion, and also lower than the 7.9 percent growth in the fourth quarter of 2012. If the trend continues, the annual growth will likely fall below 6 percent or even lower.

This falling growth rate is probably prophetic of a crucial moment for China’s economy.

The U.S. subprime mortgage crisis in 2008 was not just a crisis for the United States but for the U.S.-centered global market system that has existed since World War II. It is a systemic crisis, rather than a periodic crisis.

Because the economic growth of China and other emerging countries are a significant component bound to this global market system, the prospects for their growth depend on the evolution of the system. These economic entities will be profoundly affected by any critical change in the system.

China was able to resolve its economic plight in the late 1990s and make stunning economic achievements because of a series of favorable internal and external factors. The internal factors included: China’s competitive advantages of cheap labor costs, low production costs driven by local governments, and low resource and environmental costs. Along with these went the indispensible external condition, an aggressive expansion in the global economic system.

In other words, China could not have enjoyed its low-cost competitive advantage without a large-scale expansion in external markets.

Since late 2008, there have been tremendous changes to the global economic system, which is a necessary prerequisite for sustainable economic growth in 21st century. China’s economy no longer has the opportunity it experienced in the late 1990s.

Many have mistakenly believed that China possesses solid institutional advantages that bring it permanent competitive strength.

In fact, such an institutional competitive advantage was neither solid nor permanent. On the contrary, following past economic expansions, the significant negative consequences accumulated unknowingly over the years have now become clear.

Today, the so-called institutional competitive advantage is no longer the driving force of the economic expansion. Instead, it has constantly generated social issues and economic problems.

After the financial crisis, global economic entities at the micro-economic level simultaneously began a process of urgent deleveraging. However, China escalated leveraging in the state, corporate, and individual sectors, maintaining its rosy outlook on the bloated economy.

Despite its frequent adjustments and changes in economic and monetary policies, China, in reality, has merely done one thing: inject further leverage throughout the existing economic structure.

China’s actions, on such a scale and for so long a time span, are rare in the economic history of leveraged economies. This has led to unprecedented results—Chinese new debt added during the years 2009 to 2012 was about 110 percent of GDP, and the total debt to GDP ratio reached 205 percent.

Studies show that the rate of return to capital in China has fallen rapidly and ceaselessly in recent years.

The debt crisis has occurred and continues. From the collapse of the loan-shark market in the personal debt sector to the $482 billion bailout of local governments by China’s banks via a massive
rollover scheme, the country faces elevated risks characterized by the accumulated debts of local governments and state-owned enterprises.

If the trend (rapid credit expansion, growing debt, slow economic growth) continues, we may wonder whether China has passed a certain critical point and is reaching its own “Minsky moment,” (originally coined to describe the rapid deflation of Russian assets in 1998) that is, a sudden collapse of asset values due to massive debt.

This is a silent crisis, yet sufficient to trigger historic and tremendous changes.

Yuan Jian writes on China’s politics and economy and is the author of The Big Turning Point. This article first published by South Reviews.