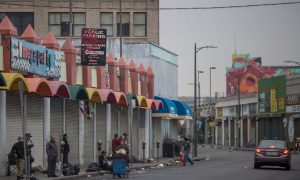 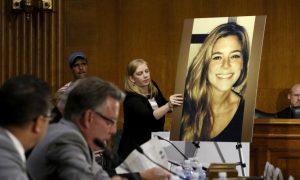 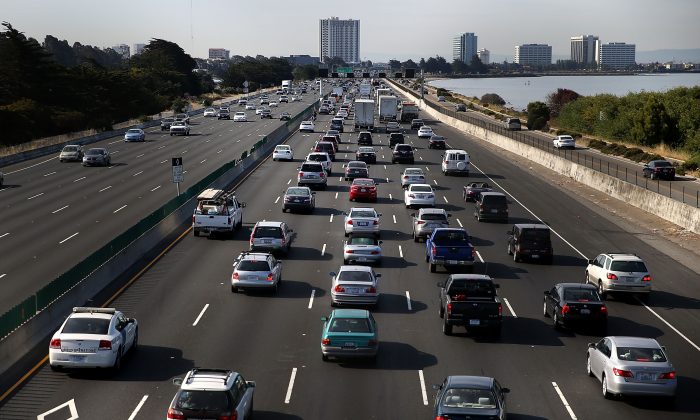 Traffic on Interstate 80 in Berkeley, Calif., in this file photo. Signs making fun of California's new sanctuary status have been popping up on California roads since Jan. 1, 2018. (Justin Sullivan/Getty Images)
US News

The law is not popular with law enforcement officers, but Brown said it will bring a “measure of comfort” to illegal aliens who are afraid of being deported.

Pranksters have responded by posting signs along highways entering California.

The signs have been popping up on Twitter since New Year’s Day.

Here's what #JerryBrown and #KevindeLeon have created in #California. A slave state, where the peonage is beholden to big government and the city dwelling elite. pic.twitter.com/l3yNUVRLuI

Its real. He struck last year in Malibu pic.twitter.com/bkwOaLF1sE

As a sanctuary state, California expects its law enforcement officers to limit its cooperation with federal immigration authorities, especially in jails.

In most cases, state and local jails will not honor Immigration and Customs Enforcement (ICE) detainer requests, which are requests for the jail to hold an inmate for up to 48 hours so ICE can take custody. Instead, the jails release most inmates back into the community after time served.

Tom Homan, deputy director of ICE, said that as of July 31, 2017, almost 10,000 criminal aliens who were released onto the streets nationwide—rather than being turned over to ICE—have committed more crimes.

He said he will send more agents into California in response to the new sanctuary policy.

“California better hold on tight, they’re about to see a lot more special agents, a lot more deportation officers in the state of California,” Homan said during a Fox News interview on Jan. 2. “If the politicians in California don’t want to protect their communities, then ICE will.”

“If he [Brown] thinks he’s protecting immigrant communities, he’s doing quite the opposite. Because if you think ICE is going away, we’re not. There’s no sanctuary from federal law enforcement.”

Nearly one quarter (more than 2 million) of the country’s estimated illegal alien population lives in California, according to the Public Policy Institute of California.

Proponents of sanctuary policies say they encourage illegal aliens to come forward and report crimes without fear of being deported. However, in most states in the country, police officers don’t ask the immigration status of people reporting crimes. Usually, they ask only after someone has been arrested for a crime and are being booked at the jail.

A majority of California voters have, so far, embraced Brown’s liberal policies. He is serving his fourth term as governor, having won the 2014 election by 35 percentage points.

President Donald Trump has pledged to crack down on sanctuary cities and Attorney General Jeff Sessions is fighting in court to cut federal funding from jurisdictions that have sanctuary policies.

OMG! Look at this sign someone put up on the 15 Freeway between LA and Las Vegas!

With additional reporting from NTD.