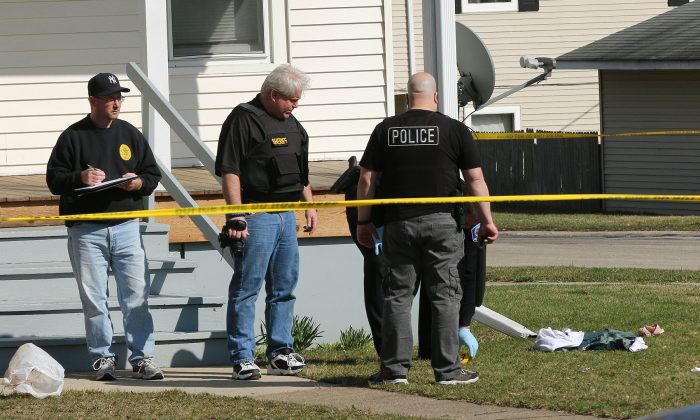 Investigators look over the scene following a police involved shooting in Zion, Ill. on Saturday, April 2, 2015, after a Zion Police officer was involved in a fatal shooting. (AP Photo/The Chicago Tribune, Joe Shuman)
Crime and Incidents

He refused to reveal what it was, citing the ongoing investigation.

“They’ve been going back to the scene on a daily basis with a fresh set of eyes,” he told The Associated Press Saturday.

Investigators gathering evidence have faced the challenge of working at a site overgrown with foliage.

“The guys had to go out and buy machetes and weed whackers and they’ve been chopping this stuff out of the way and turning over every leaf and did locate something that will be significant down the road,” Covelli said.

Covelli also said Saturday that FBI technicians piecing together several videos that are part of the investigation have told detectives some of the images line up with the description Gliniewicz gave dispatchers of the men.

“I think we’re getting closer to identifying somebody that we’re going to want to talk to,” he said.

Residents and businesses have come forward with some of the videos.