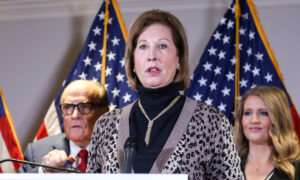 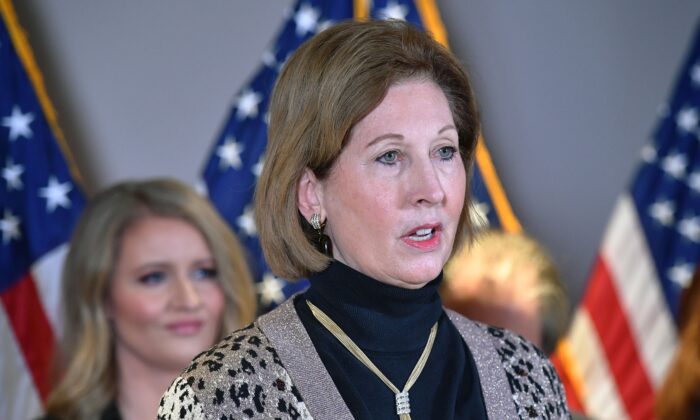 Sidney Powell, who has filed election-related lawsuits in favor of President Donald Trump’s campaign, said that Dominion Voting Systems should be investigated over a lucrative Georgia contract that was awarded to the election systems maker.

“There should be an investigation, a thorough criminal investigation, frankly, of everyone involved in acquiring the Dominion [Voting] System for the state of Georgia,” Powell told Newsmax on Nov. 28, adding that there were potential “benefits being paid to family members of those who signed the contract.”

Dominion Voting Systems has denied all of Powell’s allegations of fraud, corruption, and any alleged ties to foreign governments in statements to The Epoch Times.

“And frankly, for every other state, given how appalling the system is and the fact it was designed to manipulate the votes and destroy the real votes of American citizens who were casting legal votes,” Powell said.

Dominion’s spokesman, Michael Steel, claimed last week in a Fox News interview that it’s “physically impossible” to change electronic votes from one candidate to another, although he didn’t explain how that’s the case.

Powell added that her investigation has revealed “money or benefits being paid to family members of those who signed the contract for Georgia.”

“I think there are multiple people in the Secretary of State’s office and others that should be investigated in Georgia for what benefits they might have received for giving Dominion the $100 million, no-bid contract,” Powell said in the interview.

According to a report from the Atlanta Journal-Constitution, a $107 million contract was awarded to switch to Dominion Voting Systems from Election Systems & Software in 2019.

In her lawsuits and public statements, Powell has alleged a conspiracy between foreign governments, election officials, and voting software manufacturers to change votes to Biden from Trump.

But “every vote from a Dominion device in Georgia is documented on an auditable paper trail and creates a verifiable paper ballot available for hand-counting,” Dominion stated on Nov. 26. “In fact, the Georgia handcounts, independent audits, and machine tests have all repeatedly affirmed that the machine counts were accurate.”

“I think it’s because we’re pursuing two different theories,” Giuliani said, adding that the Trump legal team is focused on “misconduct of the election” by state officials in places such as Pennsylvania, Michigan, Georgia, and elsewhere. Giuliani argued that Trump was deprived of his constitutional rights in some of these states, and he predicted that some of their lawsuits will make it to the Supreme Court.

The Georgia’s Secretary of State office has not immediately responded to a request for comment regarding Powell’s claims.