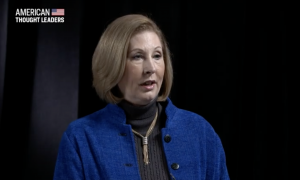 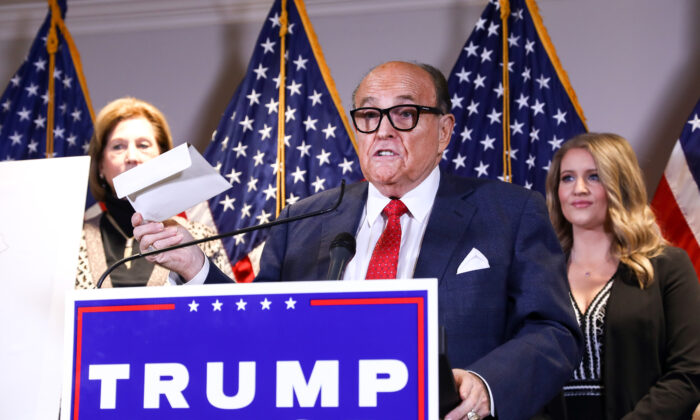 Former federal prosecutor Sidney Powell is not part of President Donald Trump’s legal team, according to a statement from Rudy Giuliani, the head of the president’s post-election legal effort.

“Sidney Powell is practicing law on her own. She is not a member of the Trump Legal Team. She is also not a lawyer for the President in his personal capacity,” Giuliani stated.

“I agree with the campaign’s statement that I am not part of the campaign’s legal team. I never signed a retainer agreement or sent the President or the campaign a bill for my expenses or fees,” Powell said in a statement. “My intent has always been to expose all the fraud I could find and let the chips fall where they may—whether it be upon Republicans or Democrats.”

Powell has aggressively promoted allegations about electronic voting systems used during the 2020 election, specifically machines and software operated by Dominion Voting Systems. She has alleged that the system switched votes to former Vice President Joe Biden from Trump, either by tampering with the physical devices or remote hacking.

Dominion Voting Systems has rejected the allegations. A spokesman for the company said on Nov. 22 that the company’s software didn’t switch votes to Biden from Trump.

Powell has represented former national security adviser Michael Flynn since 2019 in one of the flagship cases spawned from the investigation by special counsel Robert Mueller. A legal blitz from her team has resulted in the withdrawal of the charges against Flynn which is yet to be decided on by a federal judge.

Powell has cited a partly redacted affidavit from a person who claimed to have witnessed a different company’s software being used to allegedly steal an election for Venezuelan socialist dictator Hugo Chávez, something that company has denied. The affidavit was subsequently filed in federal court as part of a lawsuit by Lin Wood, another attorney with the Trump campaign.

Powell said on Nov. 21 that the president’s lawyers will file a lawsuit of “biblical” proportions soon, alleging that some election officials were embroiled in a pay-to-play scheme with a prominent manufacturer of voting software.

“The evidence I’m compiling is overwhelming that this software tool was used to shift millions of votes from President Trump and other Republican candidates to Biden and other Democrat candidates,” Powell said. “We are proceeding to prepare our lawsuit and plan to file it this week. It will be epic.”

One of the other claims Powell promoted during the Trump campaign press conference also stemmed from a filing in the Wood lawsuit. The filing alleged that a number of precincts in Michigan had 100 percent or more people vote than there were registered voters. The conservative Powerline Blog noted that the townships listed were from Minnesota, not Michigan.