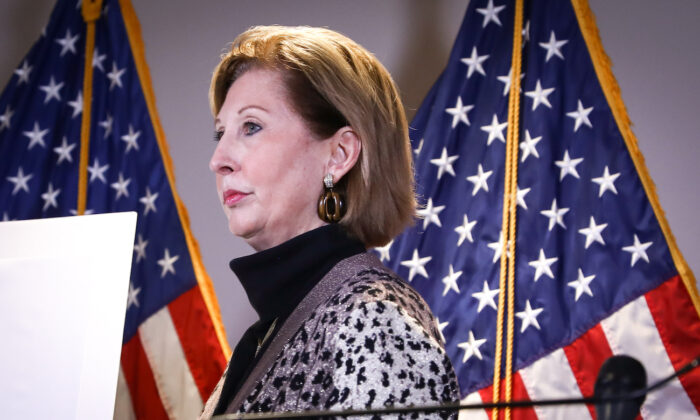 Attorney Sidney Powell told Fox news host Sean Hannity Monday night that witnesses to election fraud have been threatened, and in one case, beaten up and is in hospital.

“They’re gonna lose their job. Their lives have been threatened. One witness we know of got beaten up and is in the hospital. There have been all kinds of repercussions against people who have come forward to tell the truth,” Powell said.

The Epoch Times was unable to independently verify the claims.

When asked why some people witnessing an internet connection in real-time couldn’t speak up publicly, Powell responded that “some are within the government, some are possibly in different roles that require confidentiality, and they’re not in a position where they can come forward without certain protections in place.”

Powell called on the government to provide such protections to “get to the truth of all that matters.”

Powell also mentioned that her co-counsel got a discovery order from a court in Nevada, so they will be collecting more evidence in Nevada.

“We got evidence of corruption all across the country and countless districts,” she said.

Powell, a former federal prosecutor, had been the lead attorney for General Michael Flynn who recently received a pardon by President Donald Trump.

During the interview when Hannity suggested that Trump should pardon himself and his whole family to prevent a future “witch hunt.” Powell said that she did not know about Trump’s “authority to pardon himself.”

Powell went on to say that such a pardon should not be necessary because “the president is going to get another four years in office to finish the job he started because the election fraud we’re uncovering is massive.”