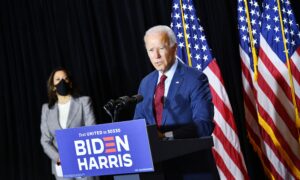 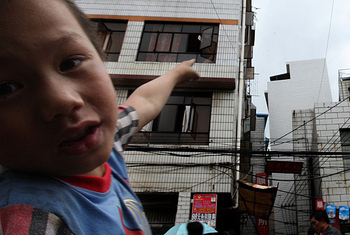 According to the local earthquake bureau, as of 11 a.m. on September 1, the disaster has claimed 36 lives and injured 306 people. Because the earthquake affected several counties and towns and the aftershocks have been continuous, the scope of the disaster may broaden.

An Epoch Times reporter called the Civil Administration Bureau of Huili County, 64 Kilometres away from the epicentre. An employee there indicated that Lixi Town in the county had been hit most severely, with 25 dead up until then, 4,141 buildings collapsed, and thousands of buildings with severe structural damage.

There is a shortage of blankets and tents in the disaster area despite more than ten thousand tents arriving on the evening after the quake. Roads in the area are mostly undamaged, electricity is functioning, and fresh water is abundant since the disaster area is near the Jinsha River (upper reaches of Changjiang in Yunnan Province.)

Regarding the impact of the earthquake on the people of the region, a staff member of the Civil Administration Bureau of Huili County said, “We have not been able to return to normal life yet. Residents are widely scattered through the area; the present casualty and damage figures are only initial estimates. There were three aftershocks yesterday; the worst on was 5.6 on Richter scale.”

Mr. Jin, working in Miyi County, Panzhihua City told reporters that when the quake struck a farming village near Pazhihua City, many adobe houses were damaged or collapsed, but casualties were few. One resident died under a collapsed building.

Jin said, “Miyi County’s water and electricity have been relatively normal. Communication has not been as free-flowing; telephone callers are often unable connect. One person died; those who are injured are mostly lightly wounded. According to our surveys, more than five hundred houses collapsed. My estimate is that 90 percent of the buildings in the village were damaged.”

September 1 is the opening day of school in mainland China. Because of the earthquake, Panzhihua City announced that all schools in Panzhihua City will start on September 8.

According to city’s Renhe District Relief Center, there were cracks of varying sizes in 66 school buildings in the district, caused by this earthquake. {etRelated  3592}

It has been more than three months since the Wenchuan earthquake which caused nearly 70,000 casualties and numerous collapsed buildings. The shadow of it has not yet subsided; an aftershock of 6.1 on Richter Scale struck again. The tension on local residents is immeasurable.

Jin said, “No one dares to stay at home anymore in fear of the earthquake striking again. Affected by the Wenchuan earthquake, people are all very afraid.”

As of midnight on August 31, there have been 436 aftershocks; 177,000 buildings damaged or collapsed. Chengkun Railroad was briefly interrupted, three major bridges in Pazhihua City were damaged, three reservoirs in Lianshanzhou cracked, most of the infrastructure in the diaster area was seriously damaged, and 80,000 people were affected.

Jin indicated that, since the reservoirs in Pazhihua City were cracked, there was hidden danger in various ways.

According to Sichuan earthquake experts, the centre of this earthquake was in different fault zone and geologic structure than the Wenchuan earthquake; this was an entirely separate geological incident.

According to Sun Shihong, China Seismology Bureau Earthquake Network Centre Network Chief Prediction Reporter, experts differ about the source of this latest earthquake at the present time. One view is that it was an aftershock of Wenchuan earthquake, a spontaneous relief of stress over a relatively large area caused by major displacements brought on by the Wenchuan quake; other experts feel that this was a separate incident entirely..

Lihui County, near the earthquake’s epicenter, is located in the southwest of Sichuan Province, directly south of Liangshan Yi Autonomous Prefecture, the center of Panxi resources development zone, east of Pazhihua City, north of Kunmin City and Chuxiongzhou.

It is a major crossroad between Sichuan and Yunnan Provinces, an important strategic commercial trading path of southwest of Sichuan, west of Yunnan, and Southern Asia, and is on the path of the ancient Silk Road. It is known as the “Key to Sichuan and Yunnan.” There are 50 counties and townships and 304 administrative villages. Its area is 4,522 square kilometres and its population is 433,000.