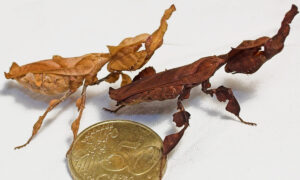 Meet the Ghost Mantis, an Elusive Species That Is Mistaken for a Dried Leaf
0 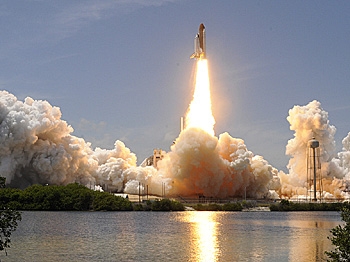 By Lina Berezovska
Print
Farewell Atlantis, and bon voyage! For the last time, the 26-year veteran shuttle soared into a clear sky today at the Kennedy Space Center, Florida at 2:20 pm EDT.

The space shuttle Atlantis’ final 12-day mission is to deliver a Russian Mini Research Module and other replacement parts to the International Space Station (ISS), according to NASA.

"Twelve days, three [spacewalks], tons of robotics…” said John Shannon, Space Shuttle Program Manager in a NASA news announcement. “We're putting on spares that make us feel good about the long-term sustainability of the ISS, replacing batteries that have been up there for a while, and docking a Russian-built ISS module," Shannon said.

Thousands of people came to watch shuttle Atlantis take off for the last time.

Although Atlantis heads for retirement, NASA will keep it in shape if the final shuttle flight by Endeavour in November falls in need of a rescue mission, Florida Today reported.

But if the White House permits it, before Atlantis retires to a museum, NASA would like to take Atlantis for one more flight, according to the Associated Press (AP).

"If you don't mind, we'll take her out of the barn and make a few more laps around the planet," said commander Kenneth Ham before liftoff, according to AP.

"This flight has a little bit of everything, and it's been a great preparation for the team."