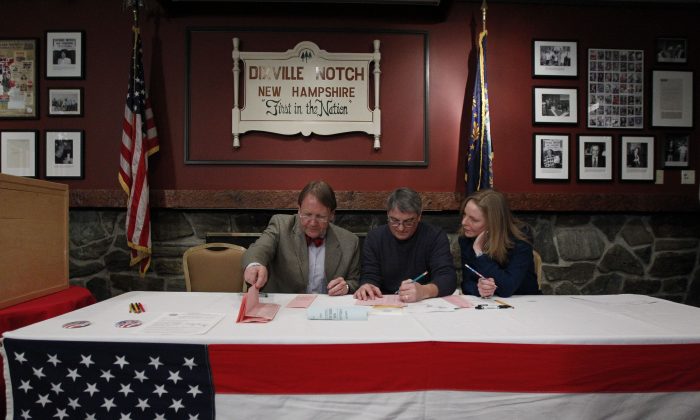 CONCORD, N.H.—A shuttered hotel where the nation’s first presidential primary ballots have been traditionally cast will once against host midnight voting in 2016, according to developers working to overhaul and expand the historic resort.

The nearly 150-year-old Balsams resort in Dixville Notch closed in September 2011, and its new owners are still waiting for environmental permits to move ahead with extensive restoration plans, which include a new hotel and conference center and a larger ski area. That has raised questions about the fate of the primary voting tradition, but project spokesman Scott Tranchemontagne said the goal is to have a portion of the resort’s Dix House ready for the February primary.

“The desire is to continue the tradition of voting first in the first-in-the-nation primary,” he said. “We believe that it’s important not only for Dixville but for all of the North Country and quite frankly, for the state of New Hampshire. This voting tradition in Dixville has garnered a great deal of attention for not only the Balsams but for the region and the state.”

If Dix House isn’t ready, voting also could be held in Hale House, another building on the property that most recently served as the chef’s quarters, he said.

“The beauty of the ballot room is that while it did have its dedicated location inside the Dix House, all the elements are mobile—the flags, the ballot boxes, the voting booths themselves, all the memorabilia—all that stuff has been preserved and has been in safekeeping for a few years,” he said.

Dixville shares midnight voting with Hart’s Location, a small town in the White Mountains that started the early voting tradition in 1948 to accommodate railroad workers who had to be at work before normal voting hours. Hart’s Location suspended the midnight voting in 1964 and brought it back in 1996. Eager for some of the spotlight, Balsams owner Neil Tillotson arranged for early voting at the hotel by having Dixville incorporated in 1960 solely for voting.

In 2012, the hotel opened for one night for the presidential primary.

In 2012, the hotel opened for one night for the presidential primary. Mitt Romney and Jon Hunstman tied for first place on the GOP side with two votes apiece, and Newt Gingrich and Ron Paul each got one vote. For the Democrats, President Barack Obama received three votes.

None of the 2016 presidential hopefuls has visited the hotel this year, but Tranchemontagne said several have expressed interested. He said there likely will be 10 or so resort workers living on the property by February who could vote.

Meanwhile, the tiny town of Millsfield next door to Dixville also plans to open its polls at midnight for its approximately 20 voters. According to news reports, the community voted at midnight in 1952, but never made it a tradition.