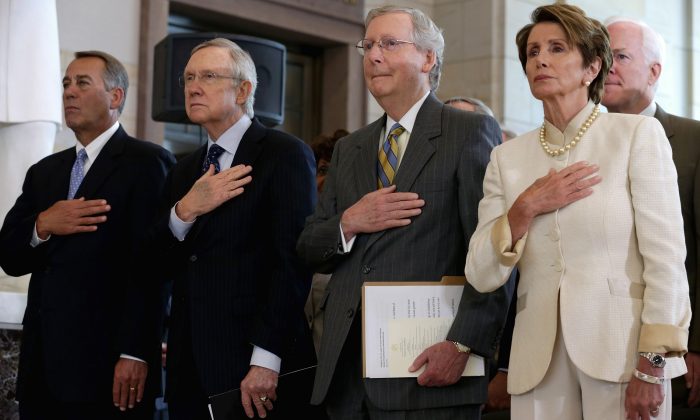 Shutdown Reminds Us of the Big Picture

In the United States, a government shutdown—as we have seen—does not mean that all the machinery that keeps the nation going stops.

Yes, the current situation in Washington is a crisis of government. But relative to crises of government in other nations, there is no comparison.

It does not mean that there is no government, as with Somalia. It does not signal vulnerability to hostile invaders, as with China in the early 20th century. Nor does it even mean that the party in power is out, as happens in a parliamentary system recording a vote of no confidence.

Inconvenience to some of us? Yes.

Has the government lost control of the nation? No.

The president and Congress still have authority. The essential functions of government have continued—defense, air traffic control, social security, and hospitals are all working. IRS audits are postponed, but that will bring more smiles than handwringing.

The daily lives of most Americans have not been affected disastrously or irreversibly, yet solutions to the lack of budget and impending exceeding of the debt limit must be found. The standstill can’t continue.

Elected representatives have a duty to do what is best for the people. A failure to negotiate in good faith and agree on a budget is ultimately a dereliction of duty. The burden falls on all members of both houses—and the president—to find a way forward.

Here’s what is more critical than the passing inconvenience for many of us and the theatrics in Washington: The shutdown and the attention it takes are a distraction for the nation, when many big issues in the world await America’s collective attention, including the machinations of dictatorial regimes in Syria, Iran, and China.

What’s happening in Washington lately is not what people elected them for. Most of us do not want our officials to pursue ideological objectives when those pursuits are at the expense of the overall well-being of the nation.

But we the people—the electorate, the taxpayers, the citizens—have to also ask ourselves if we are not collectively reaping what we sowed, based on our own thoughts, and actions.

Did you vote in the last election? Do you let your representatives know your thoughts? Are your aspirations for the nation and for your fellow citizens generous and broad-minded? In a representative system of democracy, politicians cannot last long if they go against the grain of the majority of their constituents. If everyone voted and otherwise participated in the process, it would not be possible for either the left or the right to close down the government.

In the meantime, compromise is required among our representatives currently in Washington, sooner or later. Hopefully sooner, so that they can back to the gritty business of governing and leading.