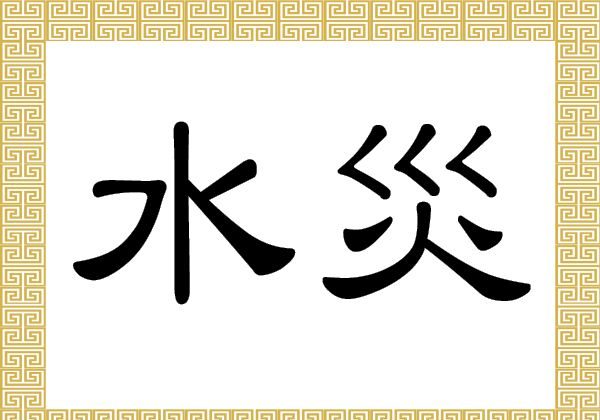 The Chinese characters that refer to flood or inundation.
China

水災 (pronounced shuǐ zāi) are the Chinese characters that refer to flood or inundation.

The first character, 水, is the pictograph that refers to water. It depicts a main stream in the centre with whirlpools to each side.

The second character, 災, refers to a calamity or a disaster. 災 is composed of two parts: the three lines at the top represent a stream of flowing water, while 火 at the bottom means fire.

Nowadays, 災 is written as 灾 in mainland China, which refers to when a house is on fire.