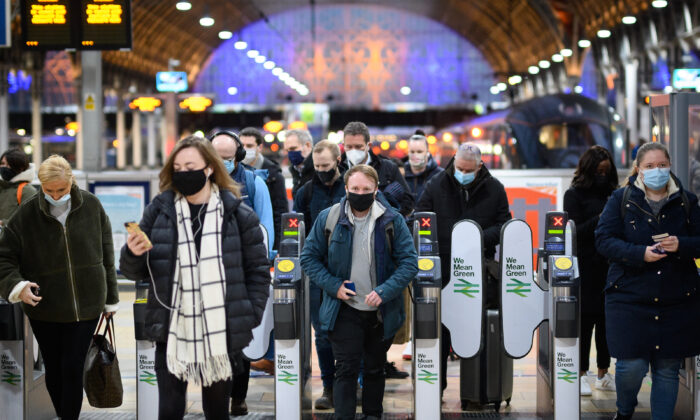 The UK labour market has shed hundreds of thousands of people since the start of the Covid-19 pandemic, with a growing number of older workers choosing to give up their career, new figures show.

A total of 32.5 million people were in employment in the three months to February this year, down from 33.1 million in the same period two years earlier.

The change has been driven by an increasing number of people becoming “economically inactive” – meaning they are of working age but are not currently seeking employment.

This can be because they have taken early retirement, are looking after a family or home, or are long-term sick.

The number of economically inactive working-age people in the UK stood at 8.9 million in the three months to February, according to the Office for National Statistics (ONS).

This is up 76,000 on the previous quarter and a jump of nearly half a million on the three months to February 2020.

Analysis by the PA news agency shows the rate of economic inactivity among older workers has climbed to its highest level for six years.

A total of 27.2 percent of people aged 50 to 64 were classed as economically inactive in the latest quarter, compared with 25.2 percent at the start of the pandemic.

The last time the rate stood any higher was in the three months to February 2016.

There are now 302,000 more economically inactive 50 to 64-year-olds than before the pandemic, suggesting an increasing number of older workers are choosing to retire early.

This represents a sharp reversal of the long-term trend before Covid-19, which had seen a growing proportion of people in this age group choosing to remain in employment or actively look for work.

Nearly three-quarters (74.8 percent) of 50 to 64-year-olds were classed as economically active before the start of the pandemic, up from two-thirds in 2005 and a record high.

The figure now stands at 72.8 percent.

The change has also had an impact on the balance of age groups within the labour market.

But this trend has come to a halt in the last two years and the figure currently stands at 28 percent.

There are early signs that the level of economic inactivity might be starting to rise among 35 to 49-year-olds.

Darren Morgan, ONS director of economic statistics, said: “While unemployment has fallen again, we are still seeing rising numbers of people disengaging from the labour market, and as they aren’t working or looking for work, are not counted as unemployed.”

The total number of unemployed in the UK stood at 1.3 million in the three months to February this year, down from 1.4 million in the previous quarter.

Unemployment reached 1.7 million towards the end of 2020, having stood at 1.4 million before the pandemic began.