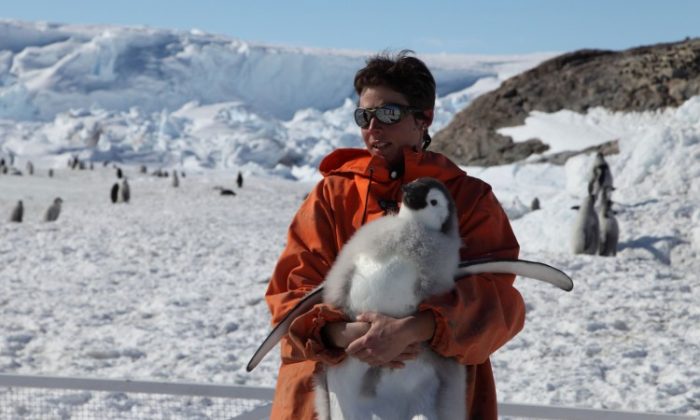 The Emperor Penguin may eventually vanish along with the sea ice in Antarctica if temperatures keep rising at their present rate.

According to a multidisciplinary study, populations will gradually decline until around 2040, followed by a rapid drop as the ice area falls below a usable threshold for these big birds to subsist and breed on.

“As it is, there’s a huge mortality rate just at the breeding stages, because only 50 percent of chicks survive to the end of the breeding season, and then only half of those fledglings survive until the next year,” said study lead author Stephanie Jenouvrier at the Woods Hole Oceanographic Institution (WHOI) in a press release.

As well as affecting breeding, ice loss could also reduce the penguins’ food supply—fish, squid, and krill—due to a concurrent reduction of their planktonic prey.

The researchers analyzed long-term data on the penguin population at Terre Adelie, combined with other information like sea ice forecasts.

Mathematical biologist Hal Caswell, also at WHOI, said there are three factors to consider with the impact of climate on a species.

“The first is a description of the entire life cycle of the organism, and how individuals move through that life cycle,” he explained in the release. “The second piece is how the cycle is affected by climate variables.”

“And the crucial third piece is a prediction of what those variables may look like in the future, which involves collaboration with climate scientists.”

Loss of ice coverage would also affect ocean systems and even humans, because we rely on nutrient cycles for fish production.

“Understanding the effects of climate change on predators at the top of marine food chains—like emperor penguins—is in our best interest, because it helps us understand ecosystems that provide important services to us,” Caswell added.

The study was published in Global Change Biology on June 20.