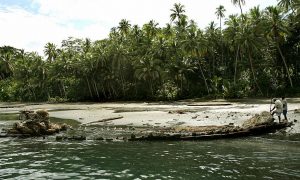 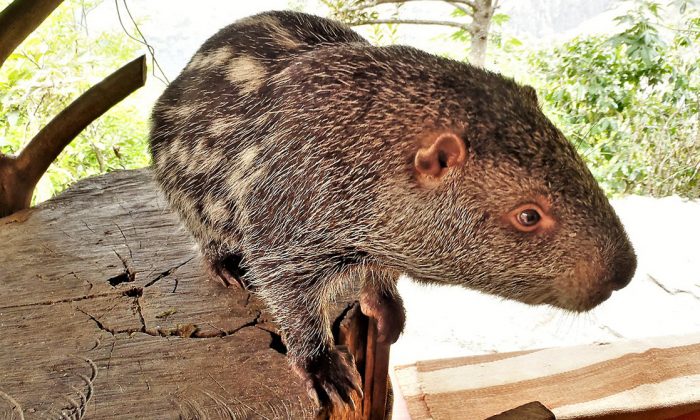 ‘Shower Rat’ Video—It’s Not a Rat, But It May Be Pet Abuse

Cute animal videos are always popular across the internet, around the world. Sometimes, investigation shows they aren’t that cute.

The latest sensation, supposedly showing a “rat” taking a shower, is an entertaining clip at first glance.

The “rat’ does indeed appear to be washing himself, using very human gestures. The image presented is almost of a cartoon—the rat looks so much like a human bathing, one could almost wonder if the video was faked.

Frankly, it might have been better if it were.

Combined with a bouncy Latin background tune, the video seemed to catch the fancy of “cute-animal video” fans around the globe.

Dallas Krentzel, an evolutionary biologist at the University of Chicago at the Field Museum, told Newsweek. “With the large head size, bipedal position, flexible forelimbs, short stiff tail, and consistent coat color … this animal fits the ID of a pacarana.”

The pacarana is a tree-dwelling rodent from South America, which often stands on its hind legs, the feature which gave the video a lot of its appeal.

“There is just no other rodent that would fit all of those features, and the fact that this video was taken in Peru where pacaranas are known just seals the deal,” Krentzel said.

The fact that the “rat” is not a rat, but a pacarana, really makes no difference at all. Under all that soap, the two rodents like very similar, and really, can anyone but a scientist tell the two apart? It is still a small rodent acting like a human being taking a shower.

Rats and pacaranas both clean themselves by licking. it sounds disgusting but it is actually natural and very effective.

Next time you reach out to pet a cat, which has been running around in the woods and marvel at how clean its coat looks … picture that coat covered in saliva.

A lot of animals clean themselves by licking. It would be weird for a human, but for animals it works.

The one time an animal might not try to lick itself clean is if it were covered in a sticky, foamy, foul-tasting and probably poisonous chemical—like human soap.

This poor rodent is coated with an annoying and possibly irritating chemical designed to strip grease from plates or human skin oil from a human body. In either case, the cleaning product is not formulated to be safe for rodent hide.

That poor pacarana is going crazy trying to scrape the stuff off.

It is probable that the person who shot this video had no intention to harm his pet pacarana. It is hopeful that the brief exposure to soap did not do more than annoy the person’s pet. It is almost certain the pet owner had no idea that the soap might hurt his pet—who would think that? Everyone assumes soap is safe.

Still, what the video shows is not a cute furry rodent imitating a human’s bathing motions. What is shows is a forlorn and possibly angry pet wondering why its owner would coat him with this sticky goo, which tastes terrible and hurts its eyes.

It becomes a whole new video once the background is known.

The upside is that this pacarana owner will almost certainly never do anything like this again.