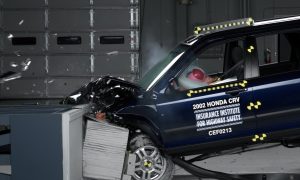 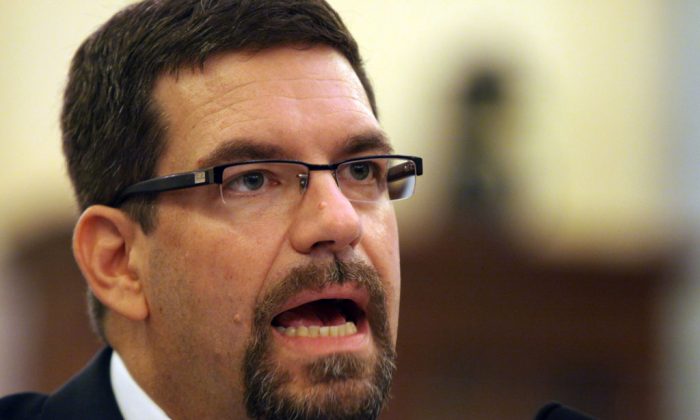 David Friedman, the acting administrator of the National Highway Traffic Safety Administration, testifies at the Senate Commerce, Science and Transportation Subcommittee on Consumer Protection, Product Safety and Insurance, on Capitol Hill in Washington on Sept. 16, 2014. A showdown is looming between US safety regulators and a Japanese company that makes air bags linked to multiple deaths and injuries. (AP Photo/Lauren Victoria Burke)
Autos

DETROIT—A showdown is looming between U.S. safety regulators and a Japanese company that makes air bags linked to multiple deaths and injuries. Car companies and the driving public are caught in the middle.

The air bag inflators can explode with too much force, sending metal shrapnel into the passenger compartment.

Takata has so far set aside over $400 million to cover recall costs in the U.S. and globally. A broader U.S. recall could cost the company millions more. In a statement issued Wednesday in Japan, Takata said it also is concerned that a national recall will divert parts from high-humidity areas, putting lives at risk.

The impasse could put pressure on automakers such as Honda, Ford and Mazda to expand the recall on their own. Ultimately, they are responsible for doing recalls. Automakers could go ahead with the recalls on their own and settle cost issues later with Takata, said Allan Kam, a former NHTSA attorney who now is a consultant to consumers and manufacturers.

Takata, he said, is not among his clients.

The safety agency acted after weeks of criticism from lawmakers, who said it was too slow to respond to mounting recalls and reports of deaths and injuries. On Wednesday, the Obama administration nominated National Transportation Safety Board member Mark Rosekind to run the agency. He must be confirmed by the Senate.

Owners of cars currently outside the recall regions meanwhile remain in limbo, uncertain if they might experience a potentially dangerous problem with their air bags.

NHTSA said its demand for an additional recall was based on incidents involving a death in California and an injury in North Carolina in which the air bags were implicated. Both states are outside of the area covered by the earlier recalls, which generally cover areas with average dew points of 60 degrees or higher along the Gulf Coast, plus Hawaii.

But Takata said Wednesday that nearly 1,000 inflators from outside high-humidity areas have been tested, and no canisters have ruptured.

The company said it agreed that the recalls should be expanded, but only if “appropriate and necessary to respond to a safety risk.”

Normally when NHTSA and automakers disagree, they compromise to settle the issue. But if they don’t, NHTSA must determine that there’s a safety defect, and hold a hearing before issuing a final order for a recall, said Kam.

If a company still refuses to comply, the Justice Department will ask a court to order the recall, Kam said. NHTSA also has the power to fine companies for moving too slowly, up to $35 million.

The last time that NHTSA ordered a recall for a safety defect was 1979 in a dispute with Fiat over an undercarriage rust issue, he said.

For now, NHTSA isn’t demanding a national recall of Takata’s passenger side air bags, which have different inflators.