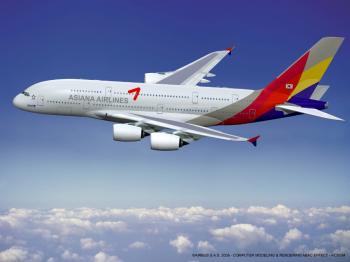 Ivailo Anguelov
View profile
Follow
biggersmaller
Print
The world’s largest jetliner, Airbus A380, has dominated the skies since its introduction in 2007. Now it has a contender.

Boeing’s recent innovation, the 747-8 Intercontinental, is in direct competition with the massive A380. Both craft sit at the top of their class, feature similar characteristics, and compete for a dominant share of the same passenger market.

But which is better? Both planes attracted quite a buzz when they were first unveiled, but who reigns supreme? The following comparison reveals the hard facts behind the “face-off of the year” in the aviation community.

In typical 3-class configuration the A380 can seat nearly 530 passengers. The 747-8 certainly scores slightly lower at only 467 passengers. However, the numbers of passengers on a certain airplane can vary depending on seat configuration requirements of a particular airline.

Another factor to consider: a few more seats aren’t always a draw to airlines looking to purchase a new craft. “With an A380, you run the risk of not filling every seat whenever you fly,” remarked Boeing deputy program manager Elizabeth Lund, during the premiere of the 747-8 last month.

Since its introduction, however, the popularity of the jumbo Airbus among airlines has remained strong. According to Airbus, as of Feb. 2011, the total orders amount to 244, with 44 craft currently in operation.

Since it was only recently unveiled, orders for the new 747-8 are just beginning: Korean Air, Cathay Pacific, and Lufthansa are the fist to place orders for the plane.

The Airbus 380 may not be the longest, but it still carries more passengers. In the end, it all comes down to choosing a model that fits the needs of a particular airline. “It’s, we think, really the right size most of the time in most markets,”added Lund. Customer orders will show if Boeing got it right again.

Engine choice, design weights, and level of selected customization by airlines are some of the options that factor into the price of a plane.

The Boeing 747-8 is priced at just over $317 million, while the Airbus 380 costs considerably more—$375 million. Airbus increased its catalog price nearly 8.4 percent at the beginning of the year.

If airlines are to choose between the A380 and the 747-8 due to cost alone, the decision is simple—for every five Airbus craft purchased, a customer can buy six of the Boeing.

Of course, as passengers, we feel little of the speed when flying.

The world definitely looks much smaller nowadays when taking a trip from New York to Hong Kong, from LA to Mumbai, or from London to Singapore—trips that these crafts are capable of.

With rising fuel prices, and low-budget airlines on the rise to meet travelers’ demands, of significant concern is how much fuel a plane will burn to take a large number of passengers from point A to point B.

Both planes are designed with innovative ideas to meet real economic concerns. These formidable craft incorporate features such as new wing designs, improved engines, and lighter materials to achieve the best possible fuel efficiency based on number of seats and distance traveled.

On its website, Boeing offers a host of reasons why their craft trumps the Airbus. Compared to the A380, the 747-8 claims to be 10 percent lighter per seat and it burns 11 percent less fuel per passenger.

So what does Airbus say? Unfortunately, Airbus press offices both in Europe and the U.S. could not be reached about the comparative fuel efficiency of the competing craft.

But the showdown between the A380 and 747-8 is far form over. In a WSJ online article from Feb. 13th, an Airbus executive claims that the 747-8 has yet to pass evacuation tests.

“Boeing will meet or surpass every requirement for passenger evacuation,” countered Boeing’s Proulx.

According to Proulx, “about one third of the market that Boeing sees for very large airplanes (400 seats and up) over the next 20 years is for freighter airplanes.”

In early 2007, Airbus made an announcement suspending the development of the A380 freight version, and as Boeing claims, “it was too heavy and inefficient, meaning that the 747-8 is the only airplane in that market.”