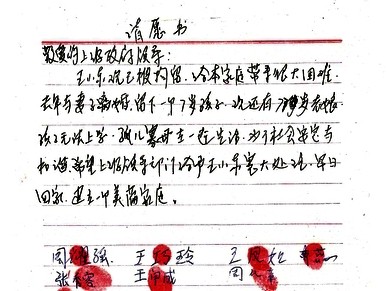 The trial against a Falun Gong practitioner who inspired 300 village households to sign a petition demanding his release began its court session at the Botou City Court behind closed doors on July 18. One of the first thing communist judicial authorities did was fire his lawyers and appoint him their own.

Falun Gong practitioner Wang Xiaodong was arrested at his home in Zhouguantun Village in Botou City, Hebei Province on Feb. 25. He was then brought to the Botou City Detention Center. In April, representatives from 300 households in Zhouguantun Village put their signatures and thumbprints to a petition requesting the release of Wang. The petition eventually reached the upper echelon of the Party leadership, according to sources familiar with the situation who previously spoke to The Epoch Times under conditions of anonymity.

Wang’s family did not receive notice from the court until 5 p.m. the day before the session. In addition, Falun Gong practitioners in Botou City were prohibited from attending the court session and some were also placed under police surveillance.

According to an insider source, security was extremely tight on the day of the court session. The street in front of the Botou City Court was blocked off. No vehicles or pedestrians were permitted to enter. Police officers were seen standing in front of the building.

Later, a large number of policemen and plain clothes policemen arrived, according to the source. Police were also stationed at major intersections along the route from the Botou City Detention Center to the court. Several police cars were parked near the court entrance.

Wang Xiaodong’s older brother told The Epoch Times that local authorities did not allow family members and friends aside from Wang’s mother and older sister to attend the court session.

In addition, the court forcibly dismissed the two Beijing lawyers who were hired by Wang’s family to defend Wang, despite strong opposition from Wang Xiaodong and his family. The court sent in two government-designated lawyers to represent Wang instead. Wang’s older sister asked to defend his brother herself, but her request was also denied by the judge, according to Wang’s brother.

The court session began at 9 a.m. Two hours later, the court was adjourned with no verdict made.

Before Wang’s trial, Wang’s younger sister Wang Xiaomei was sentenced to one-year of forced labor at the Hebei Province Women’s Labor Camp for her efforts in gathering the 300 petition signatures that supported Wang’s release. Prior to her arrest, Wang Xiaomei also wrote a letter to appeal to the international community, calling for their help in releasing her brother.

Her family’s requests to visit her were denied, according to a report by New Tang Dynasty (NTD) Television. Only after Wang Xiaomei’s 13-year-old daughter agreed to persuade her mother into giving up her beliefs did the police grant permission for her daughter to see her.